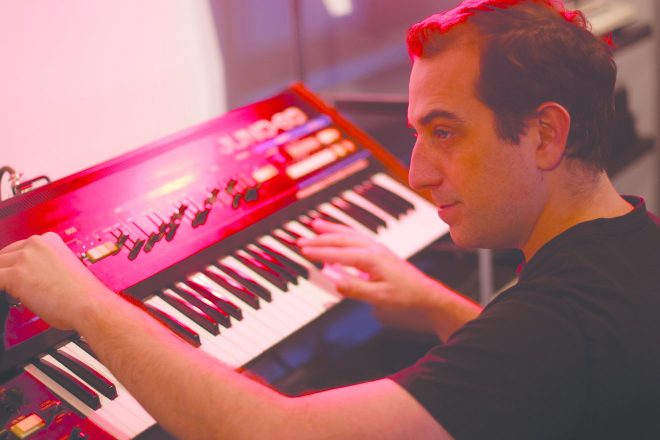 One of the reasons I love old analogue synths is because, unlike their modern software counterparts, they are limited to the sounds they can produce. That means each synth has its own sound and feeling, and I love that, because I can find the sound I want much quicker. Instead of going through countless presets on a soft synth, I can look around the studio and see what synth I want to use to get the sound I need.

The one I use the most is the Roland Juno-60. Originally released in 1982, it's often eclipsed by the other Roland synths of the time like the SH-101, the Jupiter series or the 303, so you can pick one up relatively cheaply. The layout is very straightforward so you can quickly move a few sliders and get the exact sound you are thinking of. It has a single DCO so you don't spend too much time adjusting things. The bass sound is so nice and warm – think of the old Chicago and Detroit basslines. The pads are incredible for new-wave leads that don't hurt your ears. And the best thing is the built-in chorus effect.

Like the 101 and Jupiter, it has an arpeggiator that can be triggered from an external source, which I use all the time. It forces me to make music in a different way, and is very hands-on which makes composing so much more fun. There are many synths with more features, deeper sounds, more complex filters and oscillators, but this is the one I'd keep above all others.

Marc's next album 'Restored' is out in April on Minus