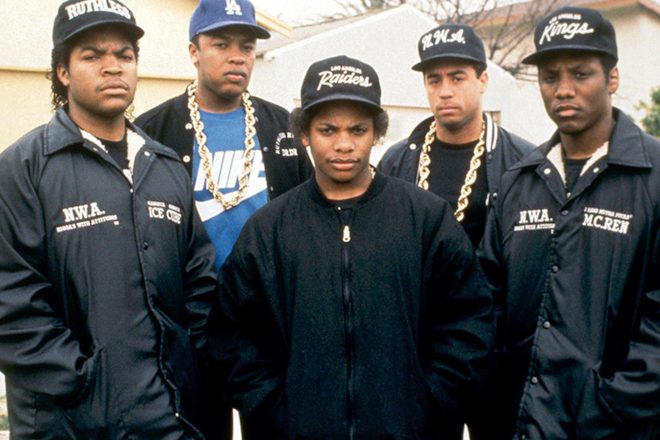 The Black Lives Matter protests standing against systemic racism and police brutality, which have gained traction since the murder of George Floyd on May 25, has seen a concurrent spike in the the streams of anti-police anthems.

Read this next: How NWA's Powerful Hip Hop Changed The Genre Forever

Streams of NWA’s 1988 track ‘Fuck Tha Police’ through on-demand platforms increased by 272 per cent across May 27 to June 1 compared to the five days prior to George Floyd’s murder. Over the two days of May 31 and June 1 there were 765,000 streams of the track.

In the same time period, other tracks expressing anti-police and anti-racist messages have also surged in the number of listens, such as Childish Gambino’s ‘This Is America’ (up 149 per cent), Kendrick Lamar’s ‘Alright’ (up 71 per cent) and Public Enemy’s ‘Fight The Power’ (up 89 per cent).

The data has been compiled by Alpha Data, the analytics company that handles Rolling Stone charts.