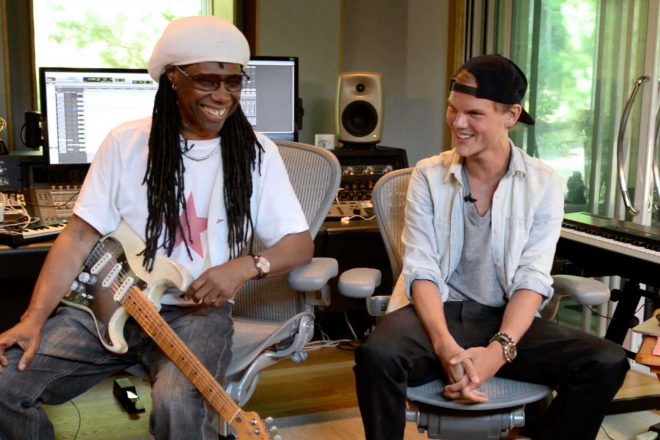 Nile Rodgers has said that he is willing to finish and release some unheard Avicii collaboration projects, with the permission of the late Swedish musician's family.

In an interview with Skavlan, with a clip linked below, Rodgers claimed that he would want to release some of the music he worked on with Avicii, real name Tim Bergling, with his family and estate's permission.

The two initially collaborated in the studio for the song 'Lay Me Down' which appeared on Avicii's debut album, 'True', in 2013.

He clarified in the interview that he believes the reason that the family didn't put the work out is because Avicii himself is the artist. "It's not fair that people put out music that is not sanctioned or completed by the artist", he states.

Rodgers has said that due to the closeness of their collaboration, he knew what Avicii's vision and thoughts were and therefore could finish the unheard material. He stated in the interview that he "wouldn't take something [he] wasn't a part of".

He said that he would only mix the record where they had it and would finish it off from the point where it was left.

Read this next: Maximum levels: Avicii turned electronic music into a global phenomenon

"I love Tim. We wrote a lot," Rodgers said. "I used to say— and I've said this many times — that if you put Tim and I in a room together for one week, we could write the entire top ten. I mean, that's how talented he was. He was a natural melody writer. Even though he didn't read music, he didn't understand it technically, but for some reason, spiritually and artistically, he had a gift."

In an older interview on New York's WCBS-FM - Nile shares a story about creating 'Lay Me Down' with Avicii and singer Adam Lambert.

Watch the clip from the Skavlan interview below.