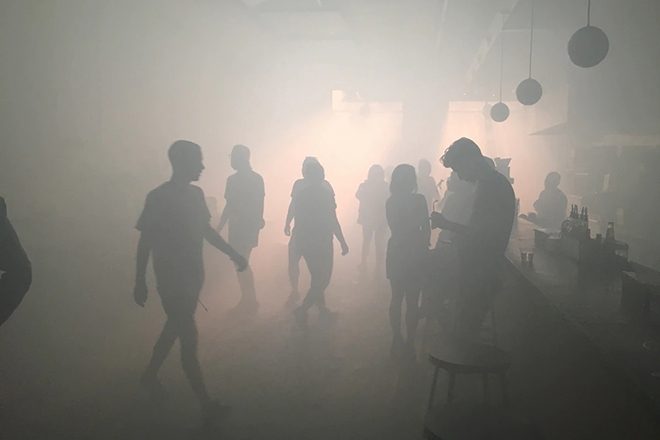 New York Governor Andrew Cuomo has announced that all event, arts and entertainment venues in the state can open at reduced capacity from April 2.

Health and safety measures such as social distancing and mask wearing will be required.

Read this next: New York in 1984 was the time, and the place dance music became a culture

In a statement, Governor Cuomo said: "New Yorkers have done a tremendous job working to defeat COVID, and we're gradually loosening restrictions as the numbers reduce and the public health improves. It's clear that if we remain vigilant, we will reach the light at the end of the tunnel."

Large venues in the state have been allowed to reopen at reduced capacity with safety measures in place since February 23.

A variant of COVID-19 detected in New York has caused concern for being more infectious and more resistant to vaccines.

It doesn’t appear that clubs in New York City are rushing to reopen despite the easing of restrictions.

Nowadays (pictured) co-founder Justin Carter said to RA: "At this point, the lifting of restrictions doesn't affect us much. With the social distancing requirements, there's not much opportunity for us to have people dancing—at least in a way that would seem appealing to us at the moment. Maybe we could figure out a way of doing some kind of programming, but until there's enough evidence out there showing that gathering closer together than six feet is relatively safe, we won't be able to throw even limited capacity parties that are what I think people would expect and enjoy."

Knockdown Center director Tyler Myers also said that the capacity limitation means opening is still not viable: "The numbers are too small. There is an absurdity to a venue with my square footage being, essentially, still shuttered by the state when I'm probably the safest place for an event to happen. I have a ridiculous amount of windows and doors, multiple outdoor patios, full HVAC and ceilings that are so high that the indoor air volume is five or six times what it would be in a restaurant that holds 300 and can now have 100 people in it," he said.

Mood Ring plans to reopen as a cocktail bar later this month, but will not begin hosting music events just yet, with co-founders Vanessa Li and Bowen Goh telling RA: "We've now been through a year of the shutdown and with the light at the end of the tunnel, we think that it's best to wait until events can be safely thrown.”