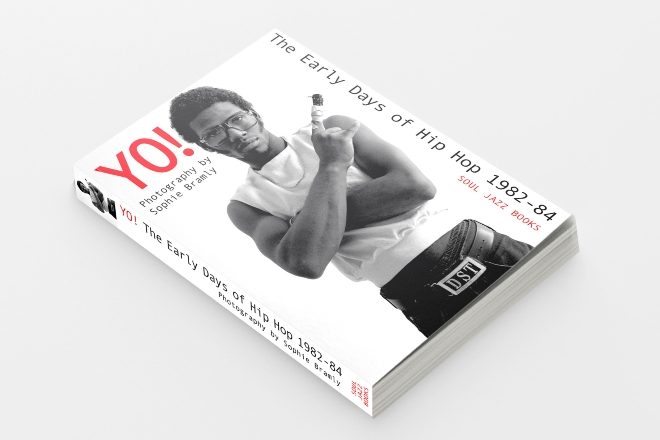 A brand new book looking at the curation of hip hop as a genre and significant cultural scene is set for release this November.

The photobook collates pictures taken by French photographer Sophie Bramly, who moved to New York in the early 1980s and became heavily inspired by the burgeoning sounds and its pioneers.

Read this next: 25 early and best tracks from hip hop's best producers

“I moved to New York when I was 21, on a whim, but at the right time. A few months after my arrival, I was at a downtown party where I discovered breakdancing,” she said on her early career photographing the scene.

"I was flabbergasted. Some guys (in retrospect it was probably the New York City Breakers) were doing crazy things with their bodies, with an energy I had never seen before. I fell in love with it.”

The book is also set to include 150 never-before-seen photographs, including pictures of Kool Herc, Afrika Bambaataa, Run-DMC, Beastie Boys, and Grandmixer DXT.

New York DJ Grandmixer DXT said on the project: "All these photos speak for a time that is so special, is never coming back and changed the world. It's pretty much this experience that changed everything forever."

An intimate look at the cultural happenings around the hip-hop scene will also be documented, such as graffiti, breakdancing, DJing, and MCing - featuring pictures of artists such as Kieth Haring and Phase One.

Grab your copy of Yo! The Early Days Of Hip-Hop 1982-84 published by Soul Jazz Books/Records here.