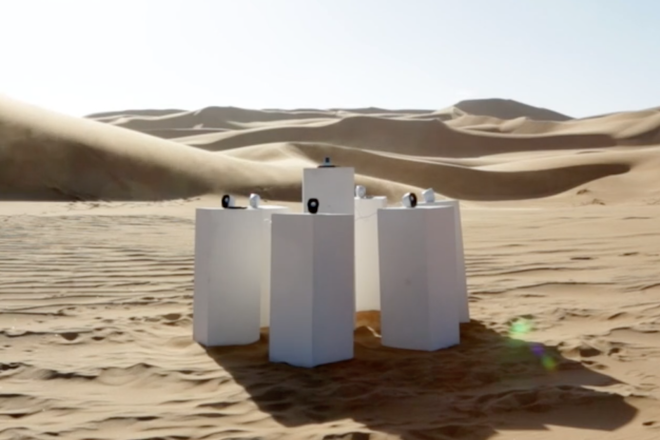 Toto's iconic track 'Africa' will be played on a never ending loop in a new art installation that honors the continent that inspired it.

Developed by Namibian artist Max Siedentopf, the art installation features seven white platforms constructed in the Namib desert of Africa. On top of the tallest platform rests an MP3 player playing 'Africa' "for all eternity" with six speakers surrounding it.

Speaking to the BBC, Siedentopf described his vision behind the project stating that “the song is put on loop and the installation runs on solar batteries to keep Toto going for all eternity. I wanted to pay the song the ultimate homage and physically exhibit ‘Africa’ in Africa. Some [Namibians] love it and some say it’s probably the worst sound installation ever. I think that’s a great compliment.”

While the art installation apparently has mixed reviews from locals, Siedentopf hopes it will stand the test of time: “Most parts of the installation were chosen to be as durable as possible, but I’m sure the harsh environment of the desert will devour the installation eventually."

For now, loyal fans of Toto will be able to scour the desert in search of this unique piece.

Watch a video of the art installation below.