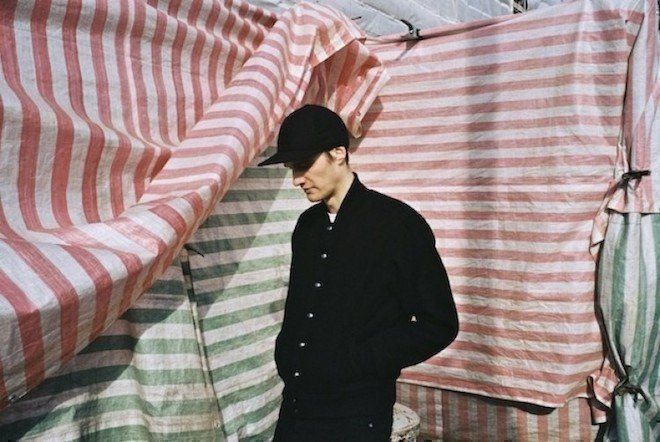 Producer and visual artist Murlo has revealed the story behind his new project - ‘Unearth’ - a three-track EP that dropped at the end of July.

To go alongside his new project, Murlo created lore around the tracks which play to the self-designed illustrations.

“The three cordycep samples featured in ‘Unearth’ were collected by a member of the luddite’s cult. Here is the Grasshopper transported after a successful hunt,” he said when revealing the visual to ‘Grasshopper’, the opening track of the EP.

The illustration shows a ‘luddite' carrying the grasshopper in a tank through the forest, matching other visuals from the artist seen in previous weeks. In the first reveal prior to the launch of his latest EP, Murlo tweeted a dystopian handcrafted visual, also set in the forest.

Read this next: Conceptual clubbing: Murlo is creating an otherworldly space for dance music

Aiding the fantastical story even further, Murlo today announced a 'funghi identification kit’ that can be bought by fans, and includes a cassette that promises to guide the listener on a “quest to becoming a cherished forest colony member”.

Presenting the fungi identification kit bundle. Everything you need to begin your research journey out on the field. The bundle features the Unearth EP on tape alongside a custom pad and pencil all in a handmade container.
🍄 🍄🍄🍄🍄🍄🍄🍄🍄🍄🍄
Preorders on Wednesday pic.twitter.com/NdVdICntxH

“Everything you need to begin your research journey out on the field. The bundle features the ‘Unearth’ EP on tape alongside a custom pad and pencil all in a handmade container,” he revealed on Twitter.

The release of ‘Unearth’ comes almost exactly a year after his last project, ‘Primed For Primal’. Murlo typically adopts live AV shows when he performs, backed by homemade visuals.

‘Unearth’ is a percussive, stimulating, and experimental EP available now on Murlo’s own imprint, Coil Records. Listen to the three-track project below, and click here to purchase the artist’s ‘funghi identification kit bundle’.