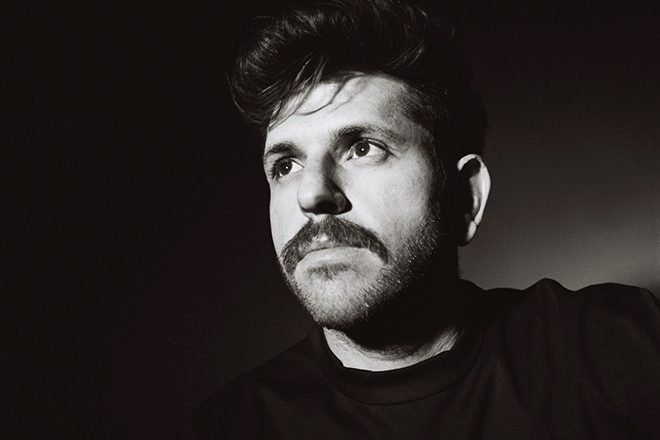 Moscoman and his emphatic Disco Halal imprint are proud to introduce a new project called ‘Singles Club’, a digital service that will shine a light on new artists and producers. Updated monthly, the new series aims to "shine a light on amazing new music from young unknown artists."

Dreaming up mystic and chic dancefloor vibes via the pulsing electronica he and his label have been firing out over the last few years, the Tel-Aviv DJ-producer has played a major role in bringing international attention to his home city's once overlooked nightlife scene. Now firmly rooted in Berlin, the next duo to join the Disco Halal family are the immensely promising and fresh Russian duo, Goom Gum. Bringing about the first single on Disco Halal Singles Club, their contribution 'Ananda' is a festive and spiritual synth-wave triumph that is pulsating with auras of rapture.

Mixmag briefly touched-based with Moscoman to learn a little bit more about this new and enthusiastic project.

Tell us about a little bit about Disco Halal Singles Club.

Moscoman: Disco Halal Singles Club (DHSC) is our latest venture. We've always wanted to be able to release more music, quicker and to more people. At the same time we felt we wanted to provide new artists with an opportunity to use the Disco Halal platform - which we've built with a lot of care over the past few years.

What are you hoping to accomplish with the new undertaking?

Moscoman: I'm hoping to increase both the flow of music, but also feel that it will give us the opportunity to release a wider range of styles. We want to use it as a playground to experiment and go a little wild - maybe a step away from what people might expect us to release! Either way, come join the ride!

How did you end up discovering these up-and-coming artists?

Moscoman: Discovering artists is actually pretty easy if you're able to take the time to listen to everything that's sent to you. Admittedly, it's tough in today's world of mega information but if you dig around enough you'll find the gems. So go listen, discover and believe (starting with this Goom Gum track!).

Ahead of its official release on September 6, Disco Halal has kindly handed Goom Gum's single 'Ananda' over to Mixmag for a premiere. Purchase the track here and tune in below.

Get to know: Moscoman is the Israeli producer making transfixing electronica
Moscoman in The Lab LA
We went inside the 36-hour maelstrom of Tel Aviv's Pride celebrations
Get the best of Mixmag direct to your Facebook DMs