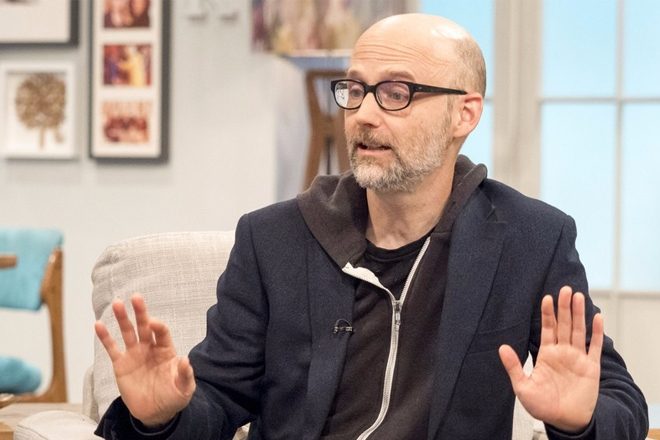 Following a recent radio interview with the Louisville, Kentucky radio station WFPK, questions regarding Moby's ties to the CIA have come into question.

Following the 2017 US election, the electronic music pioneer took to Instagram claiming that he had obtained some damming top secret information from “friends who work in DC” regarding Trump’s ties to Russia. In the post, Moby affirms that the shocking (yet still unverified) Russia dossier regarding Trump's ties to Russia is true to its core. In addition, the post brings to light the internal horror many government agencies have been experiencing due to the commander and chiefs total incompetence.

During the recent radio interview with WFPK, Moby admitted that the information he obtained about President Trump back in February was given to him by “active and former CIA members” over dinner. While on air, Moby claims he was encouraged by these individuals to pass on what he had learned via his Instagram since he had "more of a social media following".

Moby claims that the reason his friends asked him to do this was because they had become increasingly concerned about the surmounting intelligence regarding Trump’s ties to Russia. Later in the interview, the artist goes on to accuse the Trump family of being tied to organized crime and Russian oligarchs - asserting that as the president's disturbing story unfolds, things will begin to get "quite a lot darker". Listen to the full interview below.

Right-wing media outlets such as Alex Jones’ online “news” program InfoWars have launched into various tirades regarding the recent story, claiming that the CIA recruited Moby in an effort to delegitimize Trump and “spread fake news” (watch below).

Moby has since responded to the pique in interest regarding his ties to the Central Intelligence Agency, stating: “Ha, no, the CIA didn't ask me to post about Trump & Russia, as much fun as that would be.”

Read the rest of his response below.