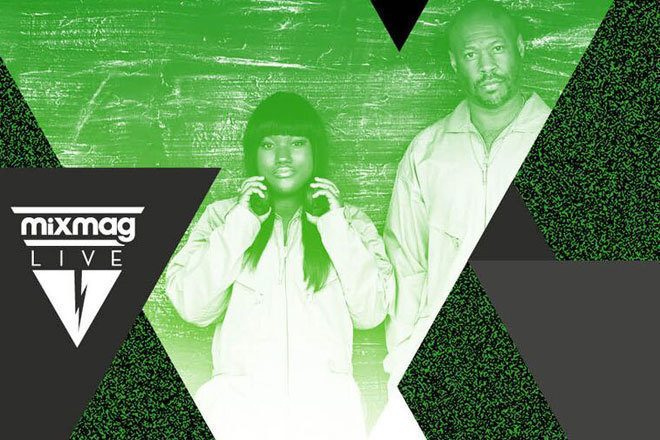 Mixmag Live was elevated to a higher realm on July 14 as Robert and Lyric Hood brought their house project Floorplan to London’s Village Underground.

Robert Hood is one of the most iconic figures in the global techno scene. Alongside Jeff Mills and Mike Banks he was a founding member of seminal Detroit collective Underground Resistance, whose social, political and musical influence through the pushing of uncompromising sounds and attitudes cannot be overstated.

Hood is also credited as an originator of the minimal techno sound that dominated clubs from Detroit to Berlin across the 90s and into the 21st century. It changed the landscape of dance music, with many of the world’s most respected imprints such as Perlon, Cocoon and Plus8 rising up in the wake of Hood’s innovation.

After pioneering stripped-back beats, in 1996 Hood showed he is equally adept at making big and bold music with the inauguration of his Floorplan moniker. As the name suggests, the project is aimed squarely at the club, packaging influence from disco, funk, Chicago house and exultant gospel choirs into soulful but incendiary dancefloor bangers. If you’ve ever heard ‘We Magnify His Name’ belting out of a system you’ll know the spiritual levels of euphoria it can take a crowd to.

The debut album Hood put out as Floorplan in 2013, titled ‘Paradise’, is one of the finest records of the past decade, attested to by its enduring ubiquity in clubs. Even now, three years on from its release, cuts such as ‘Never Grow Old’ and ‘Baby, Baby’ remain common fixtures in the sets of the world’s best house and techno DJs.

2016 will see the release of Floorplan’s second full-length, ‘Victorious’, this time co-produced alongside his daughter Lyric Hood. The family pairing combine propulsive percussion, infectious melodies and gospel jubilation to form another uplifting LP that will undoubtedly provide ammo for record bags across the planet for years to come.

Re-watch below or on MixmagTV