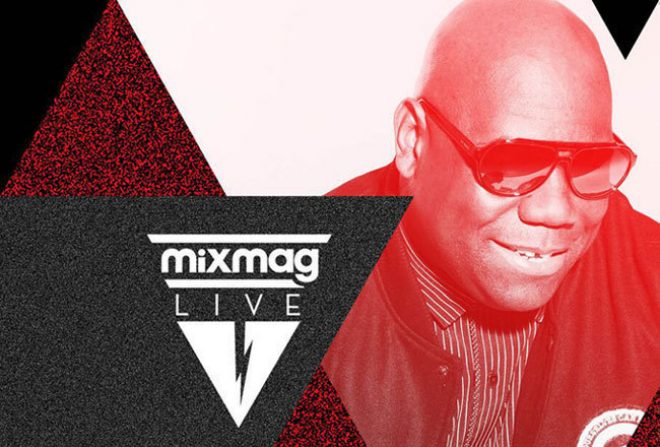 Tonight Carl Cox Ibiza legend and global superstar returns to the city where it all began to headline Mixmag Live and you'll be able to watch 2 hours of his set live below or on MixmagTV.

We'll be hosting our flagship event at London's Fabric for the very first time and Coxy will be stepping up the the plate from 1am BST to deliver a world exclusive extended set of house and techno classics.

Born in Oldham to Barbadian parents, Carl first started to spin records at the age of 15 as a mobile DJ. Over the next decade he developed into one of the brightest young talents in the country, winning an abundance of admirers with his exciting selections and mastery behind a set of turntables. To this day, no one can pull off a three-deck mix quite like Coxy.

His first foray into production, 1991 single ‘I Want You’, highlighted his complete skillset, with the track rocketing to number 23 in the charts and earning a spot on Top of the Pops.

But pop stardom was never his aim. Staying true to his club roots, he immersed himself into the worlds of techno and house, quickly rising through the ranks to the top of the underground.

In 2016 he stands as one of dance music’s best-loved figures. His ‘Global’ radio show has over 17 million listeners worldwide, his Carl Cox & Friends party series sells out venues across the world, and this summer he’ll embark on a fifteenth and final season at Space Ibiza.

It’s a residency that will go down in history, earning Coxy his imperial stature on the White Isle through mixing wizardry and high-calibre guests such as Laurent Garnier, Nina Kraviz and Marco Carola.