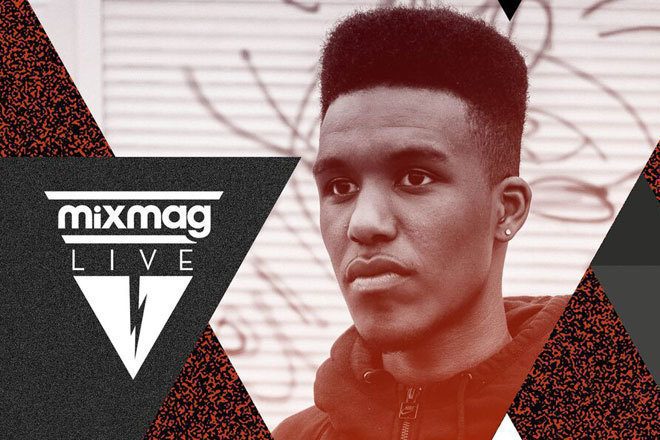 Mixmag Live got a dose of grime on March 3 as London MC Novelist headlined a show in his hometown.

It was 2014's riotous 'Take Time' with Mumdance, released on Rinse, that catapulted Kojo Kankam, aka Novelist, into grime stardom when he was 17-years-old. Hooking up with the producer again at the beginning of 2015, Novelist created one of the records of the year with the '1 Sec' EP, released on XL Recordings.

He showed New Yorkers what grime's all about in July, alongside Skepta, Slimzee and Krept & Konan, also making it onstage with Kanye West at the Brits and playing Glastonbury for the first time.

To get a taste of what Novelist is capable of on the mic, check out his radio sets on Rinse, NTS and 1Xtra. They're fast, frantic and full of energy and that's exactly what his live shows bring. Fresh from supporting Skepta and JME at O2 Academy Brixton and performing at the Rinse Boxing Day party at Ministry Of Sound and Bugged Out Weekender, we'll be getting just that when he rolls into a yet-to-be announced venue in the capital.

On the night he was joined by P Money, AJ Tracey, Blacks, YGG and more. Check out the live performance below.