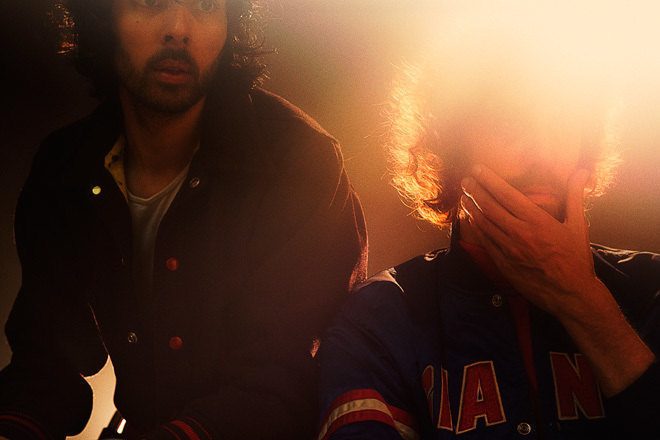 Justice are leading lights in the unparalleled French electro scene. After first making their mark in 2003 with a remix of Simian’s ‘Never Be Alone’, which now stands as one of the definitive dance tracks of this century with a Hollywood film named after its 2006 re-release, the duo consisting of Gaspard Augé and Xavier de Rosnay have unstoppably grown in stature ever since. They won a Grammy in 2009, all the while still retaining underground appeal with their knack for crafting infectious, party-starting bangers.

Preceded by floor-destroying singles ‘Waters Of Nazareth’ and ‘D.A.N.C.E’, their debut album ‘†’ arrived in 2007 on a colossal wave of hype, and more than lived up to expectations. It’s an outrageously fun record that was still critically acclaimed, a balance few artists are able to strike with such flair.

2011’s follow-up LP ‘Audio, Video, Disco’ was similarly well-received, and with five years to work on it, we’re certain that Justice have something very special on the way with studio album number three. The release of exultant lead single ‘Safe And Sound’ in July serves as a strong indicator that it will once again be packed full of tracks primed to lay waste to dance floors; something that their performance at Mixmag Live will undoubtedly prove.

Ed Banger boss Busy P and Clara 3000 will also be spinning sets at the party. Tickets are completely free of charge and can be applied for through Dice.fm now, with a maximum of two tickets available per person. Entry will be granted on a first come first served basis on the night so ticket-holders should ensure they arrive at the venue promptly.