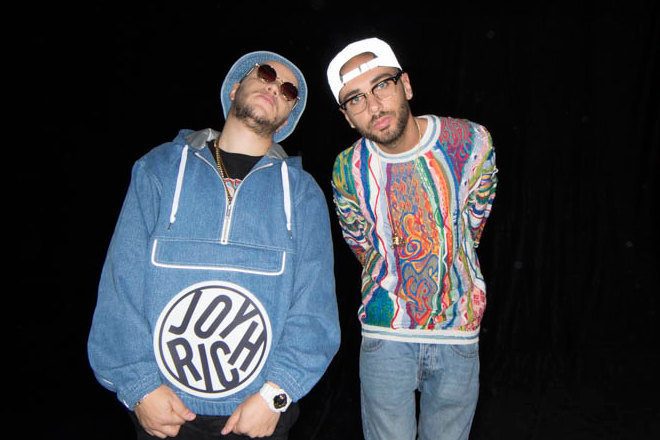 We had to keep it secret for a while but now we're pleased to announce that the April edition of Mixmag Live will be headlined by Amine Edge & Dance.

Whenever the French duo are in the town, you know the tunes will be fierce, pumping and packing plenty of groove so prepare yourself for night of their G house sound, combining the attitude of hip hop and the swing of funk.

Since playing their first gig together in 2012, the Cuff founders have played at clubs all over the world – including Minstry of Sound, Sankeys Ibiza and Prince Charles in Berlin – and released a load of spanking tracks like 'Your D Is My Passion' and 'Bitches In The Project'.

If that's not enough to tempt you heading to South London's Fire on April 18, then just check out their set in The Lab LDN last year. There's plenty of spicy house selections to get you in the mood.

On top of all that, support on the night comes from Cuff artist Ryan Blyth and Defected and OFF Recordings affiliate Stefano Ritteri. It's going to be a cracker.