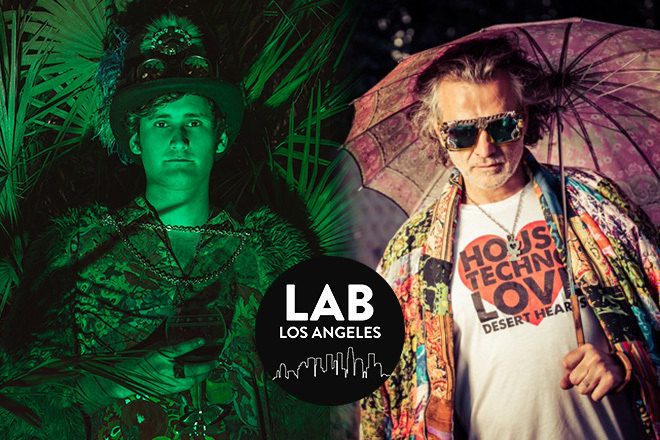 The Lab Los Angeles is Mixmag and Smirnoff Sound Collective's weekly post-work unwind where we stream only the finest American and international DJs, live and direct from our Downtown LA office. Friday, we welcomed the return of Mikey Lion and Lee Reynolds to The Lab LA.

San Diego born-and-bred DJ Mikey Lion has helped to lead California's boutique festival movement to fruition over the past three years. After gaining recognition for his bi-annual Desert Hearts, Mikey and crew took the team on a North and Central American tour to spread their message of 'House, Techno, Love' beyond the Southern California high desert. He's also the boss of the label bearing the same name as his festival, which has seen a slew of dance floor heaters released over the past year. Hear more from Desert Hearts here.

Mikey was joined by fellow house and techno DJ and Desert Hearts festival founder, Lee Reynolds. Lee ditched his UK roots in the late 80s and made his way to Los Angeles, where he eventually found his way to the decks. In 2011, he linked up with Mikey Lion and the rest of the crew and his new journey began. His taste, wisdom and positivity have made him the patriarch of the Desert Hearts family.

Catch Mikey and Lee alongside J.Phlip, Oliver Dollar and more at Exchange LA on Saturday, May 14. Tickets here.

The Lab LA is strongly powered by Void Acoustics. Subscribe to Mixmag TV and watch Mikey Lion and Lee Reynolds in The Lab LA below.