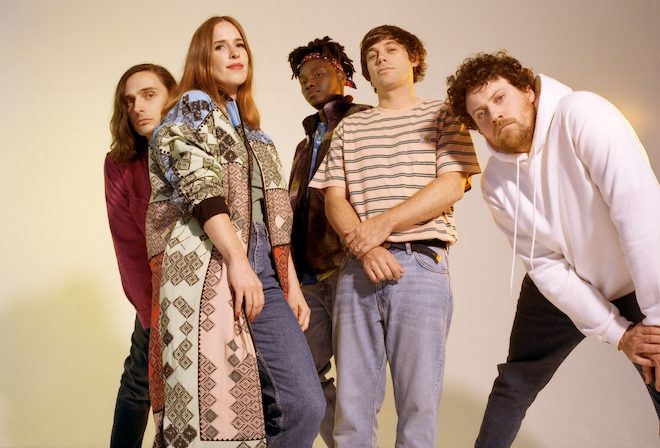 This year marks the tenth anniversary of Metronomy’s landmark album ‘The English Riviera’.

These have been released this week as ‘The English Riviera (2021 Band Remixes)’ EP.

Anna Prior has taken remix duties for ‘Everything Goes My Way’, Olugbenga Adelekan for ‘Trouble’, NZCA LINES for ‘We Broke Free’, and Oscar Cash for ‘She Wants’.

The tenth anniversary edition of ‘The English Riviera’ is also out now, including previously unheard Metronomy tracks ‘Picking Up For You’ and ‘Friends’. It also includes an MGMT remix of ‘The Look’ and a Mr Mitch remix of ‘The Bay’.

Read this next: Metronomy in The Lab LDN

The band have also added a slew of new dates to their UK and EU 2022 tour, including 12 new shows along the English Riviera itself to play in Torquay and end up in London’s Alexandra Palace.

See below for a full list of their 2022 tour dates and the band’s remixes from ‘The English Riviera’.

Read this next: Keeping kids dancing: 10 of the best Erol Alkan reworks