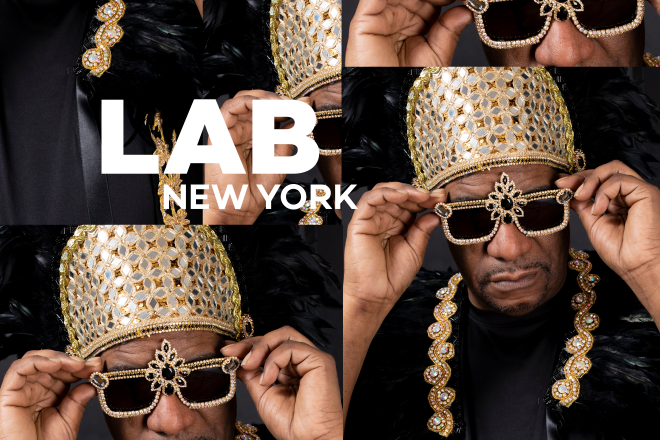 The Lab NYC is BULLDOG Gin and Mixmag's weekly live stream and post-work unwind, where we showcase the finest DJs direct from our Brooklyn office. On Friday February 28 we welcome a true originator of house music, Marshall Jefferson.

'Gotta have house, music, all night long'. Those words, to any self-declared house music fan, are instantly recognizable. The pianos, that kick drum, they're sounds that are synonymous with electronic music and Marshall Jefferson's 'Move Your Body' is a bonafide classic.

The track has just been given a makeover with Marshall and UK duo Solardo collaborating on a new edit. This re-imagining just spent 46 days at Beatport number one, an all-time record for the website and was also playlisted on BBC Radio One for a massive nine weeks.

Marshall is now busier than ever as he's currently on a worldwide tour that sees him perform at House Of Yes in NYC on February 29th and also alongside Kerri Chandler at a Warehouse Project event in March. He's currently working on producing a new Ten City album and with a European tour about to be announced, Jefferson is back where he belongs, at the top of the house music game.

We can't wait to welcome Marshall back to the Lab NYC this week and we already know, this one's going to be a classic.

Watch Marshall Jefferson's set in The Lab NYC live streamed to Facebook next week. The set will also be available on Mixmag's YouTube channel here.

The Lab NYC is powered by Void Acoustics. Subscribe to Mixmag TV and follow Mixmag on Facebook to watch Marshall Jefferson's set in The Lab NYC.