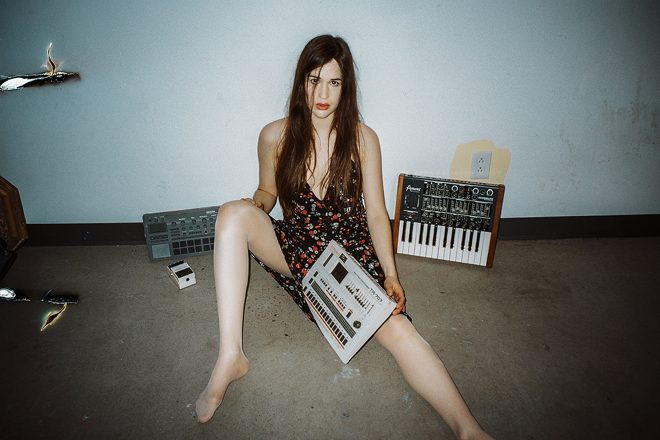 Marie Davidson is set to take a departure from the live club scene, after one final gig on September 20 for a Red Bull Music Festival event in Montreal.

She claims she wants to “explore new horizons” in a recent Instagram post. “It’s with a lot of emotions that I present to you my last party playing live hardware club music”.

I’ve been talking about it for a while and the day has come for me to depart from the club scene to explore new horizons. It’s with a lot of emotions that I present to you my last party playing live hardware club music which will take place in my home town, Montreal. I’m thrilled and honoured to share the stage with inspiring artists that I’ve had the chance to meet, share ideas and convictions through out the last few years. Everyone on the bill are outstanding musicians and human beings and I hope that you will be able to make it. . Sincerely. - Marie

The event has been suitably named ‘Save the Last Dance for Me’, and will also feature artists such as Afrodeutsche, Solitary Dancer and Underground Resistance’s project Depth Charge. She states, “Everyone on the bill are outstanding musicians and human beings and I hope that you will be able to make it.”

Marie Davidson has consistently captivated music fans through her captivating live show, and her extensive range of productions blending synthwave, ambient, spoken-word, techno and beyond. Her distinctive fourth album ‘Working Class Woman’ placed 10th in our best albums of 2018.

Earlier this month, Davidson self-released a new EP that featured a previously unreleased original track ‘Chasing The Light’, as well as remixes from Soulwax and Daniel Avery.

"Work all the fucking time": How Marie Davidson made 'Work It'
This vintage footage of Underground Resistance will make your day
The Top 50 Albums of 2018
Get the best of Mixmag direct to your Facebook DMs