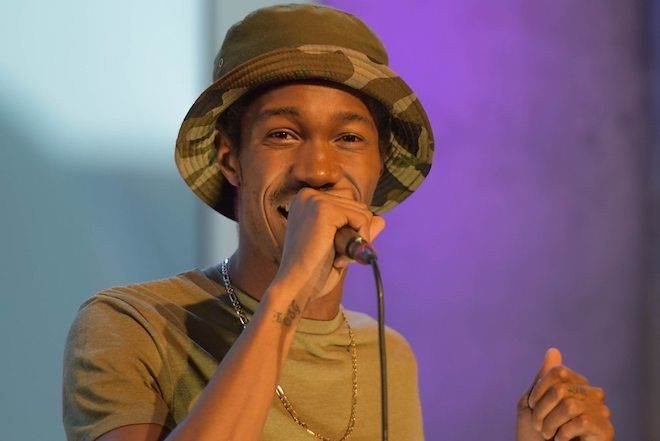 ‘Remote Rhythm Lab’ sees four Manchester-based artists partnered with four other artists from around the globe, challenged to explore virtual collaboration and music making. Released on Juneteenth on Bandcamp, 100% of all Bandcamp and Rhythm Lab’s share of sales on the day were donated to the NAACP Legal Defense Fund in support of the Black Lives Matter movement.

Berry Blacc, a vocalist and producer based in Manchester, is paired with Chicago-based multi-instrumentalist and composer Angel Bat Dawid. Their track ‘George Floyd’ is a powerful testament to the Black Lives Matter movement, and Blacc’s lyrics namecheck many of the Black people who have died over the years at the hands of the police in the US, including Breonna Taylor, Tamir Rice and Ahmaud Arbery.

Contours partners with KMRU, a Nairobi-based producer and sound artist to create a soothing yet pulsing track imbued with energy and life. Imaginary Part works with the Milanese PLASTICA; their track ‘Zoom Aves’ is a disjointed, bleeping ode to remote working. Ani Klang and Daniel Ruane’s track ‘Silverfish Skuttle’ is hardcore excellence.

Each pair has also documented their experience of working remotely together. These will air as weekly episodes on Reform Radio’s Facebook, starting from Friday June 26.

Buy the release here and listen to 'George Floyd' by Angel Bat Dawid and Berry Blacc below.