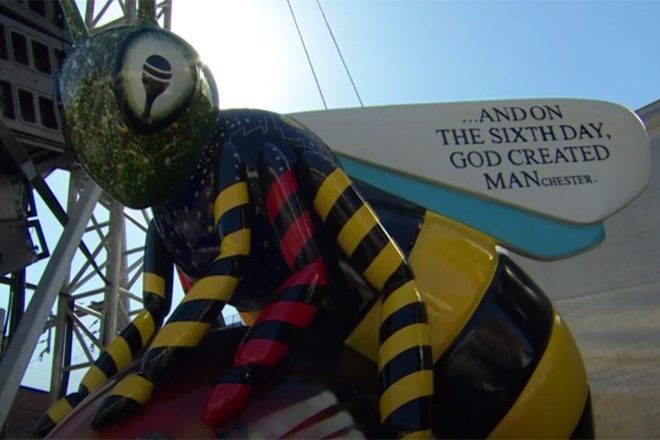 A giant bee sculpture which celebrates Manchester's most famous nightclub has been unveiled.

This sculpture is part of a bigger art collective that will be brightening up the city this summer in a free public art trail called Bee in the City.

The Hac-Bee-Ender can be seen at The Printworks in Manchester city centre from July 23.

Earlier this year, The Haçienda was named as one of England's most important sites.