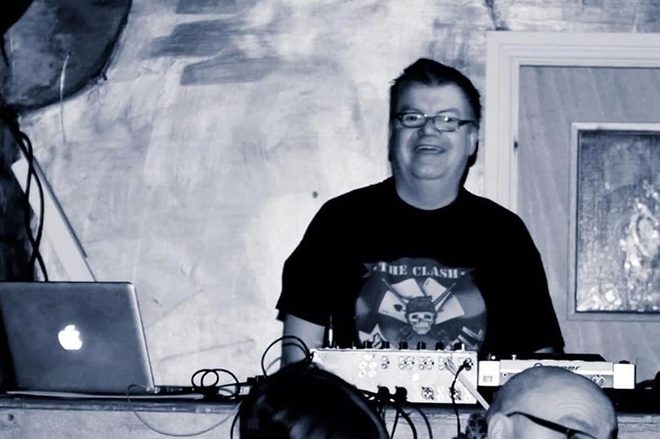 Dave Haslam is among those paying tribute to Dave Booth, whose career saw him play at The Haçienda, Ibiza and at Garlands in Liverpool. He was also a regular DJ at Stone Roses gigs, including the iconic Spike Island concert in 1990.

Upsetting news. DJ Dave Booth has died. A legend for decades in Manchester - from Pips, through to the Playpen, Isadora's & beyond - and a star at Garlands in Liverpool. Did the Stone Roses gigs with him, including Spike Island. He music and presence gave pleasure to us all. RIP. pic.twitter.com/hbDuExs8wj

Early on in his career, Booth - whose cause of death is currently unknown - played regularly at the Roxy Room at Manchester club Pips, a venue where Joy Division (then billed as Warsaw) performed their first gig. Other Manchester clubs Dave played were Deville's, Cloud 9, Berlin, Legends and The Exit.

808 State are also among those paying tribute, describing him and his music as "old school/future facing".

See some more tributes from the likes of Peter Hook, DJ Paulette, Danny Howard and Ian Brown below.

You can also listen to one of his sets from The Haçienda in 1990.

RIP Dave Booth. Such a lovely guy. He was the DJ at Joy Division’s first ever gig at Pips. We shared a massive love for Pips & all the music that came from it. I did a residency with him in Ibiza too - he was so nice & humble. I will miss him. pic.twitter.com/VYWQonboJY

#RIPDaveBooth this is very sad. When I started clubbing as a teen at Pips, DeVille's, Berlin and The Ritz - Dave Booth and Alan Maskell were my gods. Punk / Electronic / Glam Rock / Indie / Rockabilly - they both fuelled my record buying fire. Rest in eternal power. https://t.co/NYwf8Dmb5r

Heartbreaking to hear about the passing of Manchester & Liverpool legend Dave Booth 😢 1st booked him for a night we used to do at my uni @edgehill and became friends after that. I still refer to him in interviews now when asked who helped me in the early days (1/2) pic.twitter.com/PtRhci2QPR