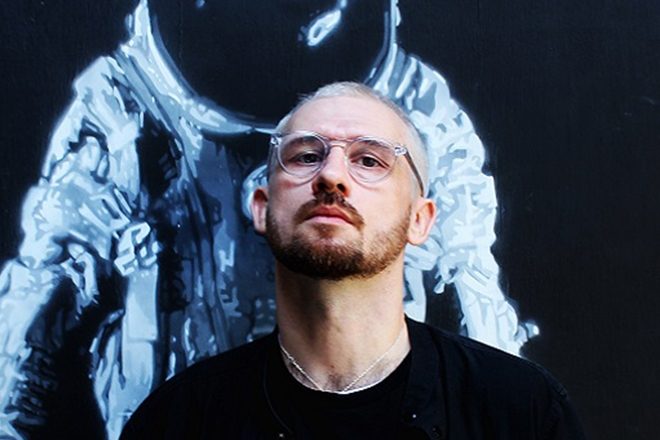 In a recent interview with Ibiza Voice, Me Me Me label boss Man Power discussed his enduring musical beginnings in Newcastle, how he's developed his identity over time and how to gain confidence as an artist.

When asked to pinpoint an experience that helped him shape his enthusiasm for the dance music, Man Power gave major props to his hometown and reminisced on its close-knit rave fellowship. "The house music scene in Newcastle and didn’t rely on big names for DJs and would favor local residents instead," he said. "The thing that changed it for me wasn’t so much the music, as it was the sense of community and scene that you got from that place. Clubbing changed from being a case of moving from new face to new face and instead was about seeing the same big family every week."

Man Power also made it clear that he has no problem opening up and speaking his mind - a quality which often clashes with whats considered "cool DJ behavior", as he puts it.

"Being straight up," he said. "I could play the game much better and let management handle my Instagram and social accounts to create a perception that I’m also living the same cookie cutter superstar DJ life, which would likely yield some additional commercial success. Alternatively, I could be arch and turn my nose up at all of the trappings of modern commercial success and yield myself more underground kudos within a certain realm of the serious diggers and artists. Neither of those really represents me though, I’m just someone who loves music and who enjoys his job, but I also enjoy other things in life, so I just try to be as truthful as I can be online."

Man Power went on to make a point that the idea of protecting a reputation and feeling "forced to either try and match or confound people’s expectations" of your music can be detrimental to the creative process.

"Getting that caught up in your head doesn’t only send you a bit crazy, I think it kind of leads to shitty music too. When I’m at what I think is my best, it’s because I’m not considering anybody else’s reaction to my music but my own. It feels a bit disingenuous to be making music to please people other than yourself. I think it’s more artful to be true to what moves you, and if that finds an audience then great, and if not then who cares?"

Towards the end of the piece, he reiterated the importance of coming from a genuine place when stepping inside the studio. "Production, for me at least, is just a form of self-expression," says Man Power. "Technical prowess really doesn’t have anything to do with that, nor does any sense of perceived curatorial expertise. An artist isn’t better because of the depth of their crate, or their skill at a console. All that really should matter is that they can communicate an idea or feeling that comes from an honest place."

Man Power's latest EP, 'Souvenirs' is out now on Correspondant. Listen below.