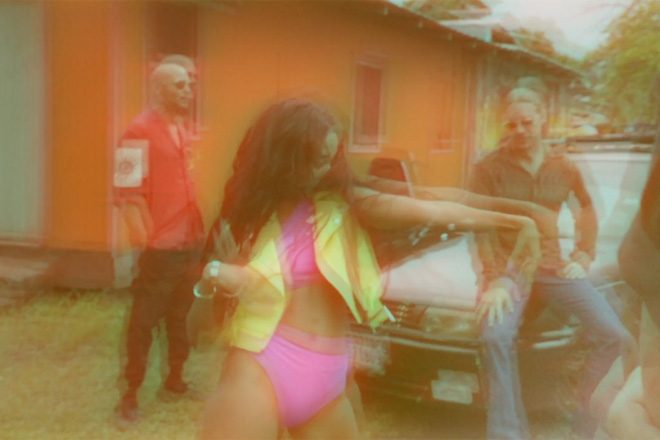 Major Lazer and Brazilian artist Anitta have teamed up with Bacardi to announce their new single, 'Make it Hot'.

The track, announced after a video shoot last month with the artists in Costa Rica, fuses Spanish vocals with Major Lazer’s trademark dancehall tendencies to create a summer anthem.

The collaboration between the artists and Bacardi is part of the Pass the Beat campaign which visually demonstrates the inspiration process of artists in influencing one another, in line with Bacardi’s larger Do What Moves You campaign.

This is the third year Major Lazer have worked with Bacardi, with Diplo highlighting the rum brand’s authenticity.

“Bacardi is a brand that has found a way to genuinely integrate itself into music culture, so when we were discussing how to launch this song in a big way, we knew exactly who to turn to.”

Anitta maintained that working with Major Lazer felt like “reuniting with family", while also praising the brand. “Pair that with a delicious BACARDÍ cocktail or two, we were destined to create something completely special and memorable.”

Fans can stream 'Make It Hot' from today on all streaming platforms, with the music video premiering on June 26.

Watch the video shoot in Costa Rica below.

Diplo is in the the Pokémon movie
Diplo and Octavian join forces on new music video for 'New Shapes'
Cover Feature: Major Lazer