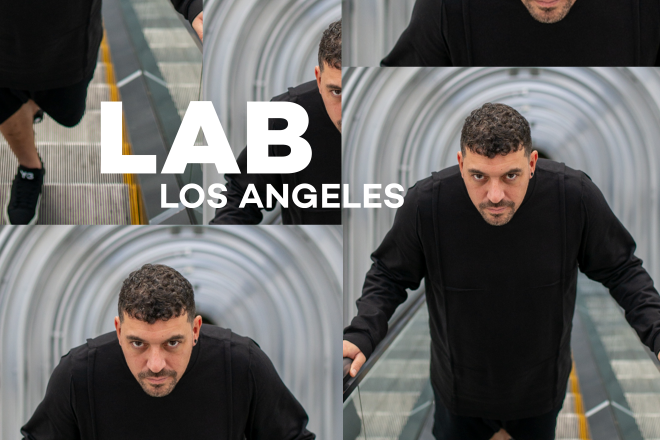 Italian artist Luigi Madonna is regarded as one of the most sought after names in techno today. He has released on some of the leading techno imprints, having signed to two of the most important labels in techno's rich history, Richie Hawtin's Plus 8 and Adam Beyer's Drumcode. His presence has also spread further throughout the industry, as he's been invited to guest on high profile radio shows such as Dave Clarke’s White Noise, Adam Beyer’s Drumcode show and Marco Bailey’s Elektronic Force. When not in the studio he's gracing some of the biggest stages around the world, including clubs throughout Ibiza as well as fabric and Printworks in London, Watergate in Berlin, Output in Brooklyn and Rex Club in France. Now he'll showcase his booming sound in a more intimate setting, offering a rare chance to witness his artistry up close.

Following his set in The Lab LA, Luigi Madonna will head to Exchange LA to perform at the Drumcode event alongside Alan Fitzpatrick, B.Traits and Layton Giordani. Find tickets here

The opening set at The Lab LA will be provided by Modus, a key figure in the local techno community. His recent releases have garnered attention, including Volume On, which landed on the Beatport Top 100 Techno category. Most recently Modus released an EP with LA label Understated Records.

Watch Luigi Madonna's set in The Lab LA live streamed to Facebook on Tuesday, November 19 at 2:30 PM ET. The set will also be available on Mixmag's YouTube channel here.

The Lab LA is powered by Void Acoustics. Subscribe to Mixmag TV and follow Mixmag on Facebook to watch Luigi Madonna's set in The Lab LA.