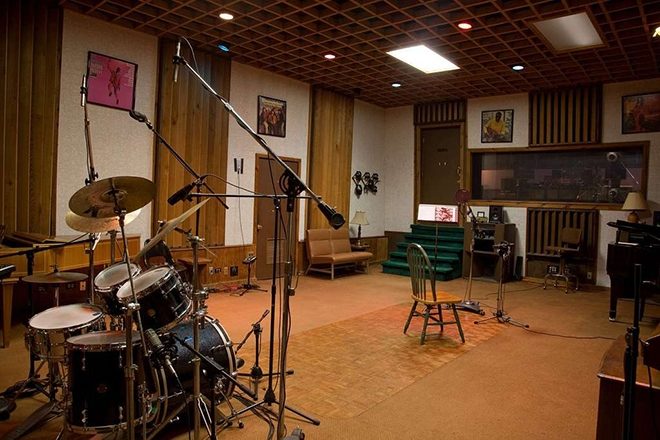 Roger Hawkins, the drummer responsible for a number of rock and R&B grooves across the 60s and 70s passed away at his home at 75.

His work includes drumming on Aretha Franklin’s 'Respect' and Percy Sledge’s 'When a Man loves a Woman', - though he remained largely uncredited throughout his career. He was the driving force behind the “Muscle Shoals sound”, named after the group that worked on a number of records, and co-founded the Muscle Shoals Sound Studio (pictured).

The Muscle Shoals Rhythm Section, also known as the Swampers would often create compositions on the spot - doing so for Sledge’s 'When A Man Loves a Woman'. The group disbanded in 1969.

Hawkins used knitting needles and other utensils as drumsticks before his parents invested in a drum set when he became 13. His musical talent was cultivated throughout his teens before his prolific career began.

Hawkins leaves, his wife, Brenda Grigg Hawkins, as well as his son.