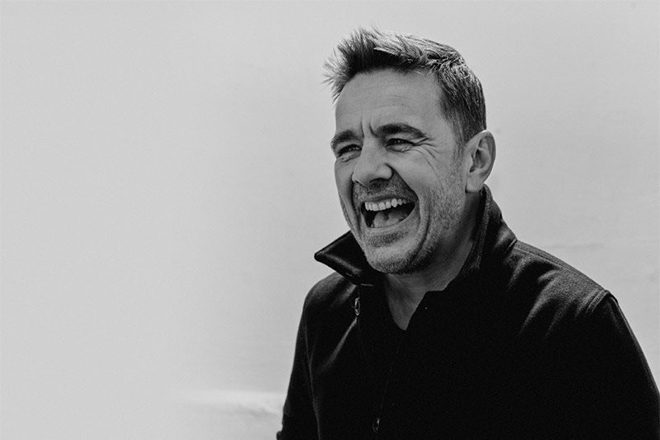 French superstar DJ Laurent Garnier has launched a Kickstarter to help fund his new documentary, Laurent Garnier: Off the Record, about clubland culture and the artist's 30-year career behind the decks.

Directed by emerging director Gabin Rivoire, the film follows Laurent Garnier behind the scenes during his various touring dates in New York, London, Detroit, Hong Kong, Tokyo and Brussels between 2018 - 2019. Featuring other electronic music legends such as Carl Cox, Jeff Mills, Derrick May and Pedro Winter, the documentary charts both Garnier and techno's evolution "from the legendary Hacienda in Manchester to the backstreets of Detroit."

The Kickstarter, which was born out a desire "to gather a community around the project," comes paired with a humorous trailer that shows us the collective underground effort that went into this film. All in all, the documentary tells the story of the last great musical revolution of the 20th century through the eyes of one of its pioneers: the one and only Laurent Garnier.

"Over the years, myself and my manager have been approached with many proposals to make a documentary about my career," writes Garnier on the film's Kickstarter page. "Those who know me even a little, know that to participate in a film project with the sole theme being 'me, my life, my work', would not be possible without an original and profound approach. And so we never followed up on any of the projects we were pitched. However, little by little, the idea of a documentary has found a home in my mind and I think today the time has come to share it with the world. "

Check out the trailer for Laurent Garnier: Off The Record below.

Donate to the Kickstarter here.