Taking place from October 12-14, the three panels will examine issues of decolonisation, the precariousness of the industry in Latin America and the future of the media.

Read this next: Latin American culture is the driving force of Nicola Cruz’s music

The talks will be available to view on Youtube.

Latitudes is a platform that aims to unite artists from Latin America as a way to create and think as a regional block, recognising cultural differences while coming together as a community. 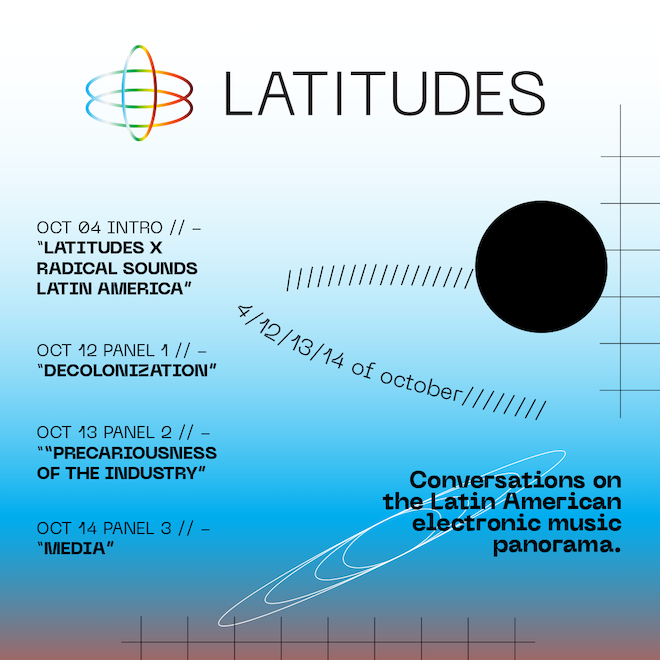 An X-ray of coloniality as a starting point to understand regional problems, thinking critically and starting from the importance of the politicization of our spaces.

Moderated by Luisa Uribe and with the participation of Valesuchi, KENYA, Yban L. Ratto of HiedraH, and Imaabs of Naafi

The precariousness of the industry from an underground perspective and recognition of the horizontal initiatives that already exist.

Moderation by María Melissa Ortega and the participation of Matías Aguayo, Avril Ceballos of Futura Artists, and Verraco

A space to think about how to transcend the barriers of the world publishing crisis and build other horizons of editorial models.