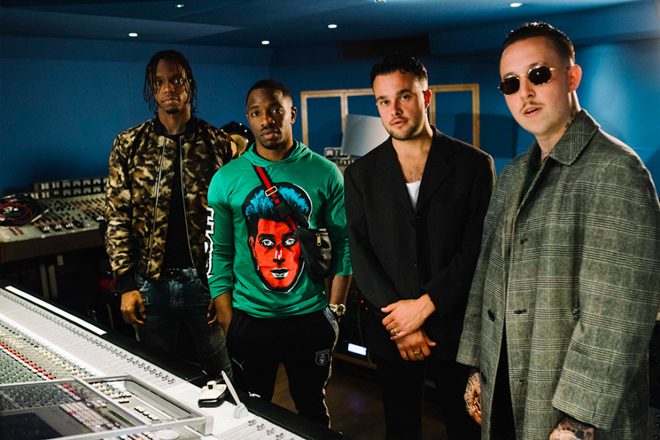 The track was released as part of the Masters of Potential music partnership with Hennessy and Abbey Road Studios, which brings together artists from different genres to produce "one-off musical moments."

Hattie Collins, Masters of Potential panellist and author of This is Grime said: “Krept & Konan are one of the most exciting acts in the UK right now.”

For a long time, grime and rap weren’t allowed in institutions like The Barbican or The Southbank, so for Krept & Konan to be in Abbey Road Studios is another symbol of how far things have come.”

The single has been recorded live-to-vinyl, with the session being filmed for YouTube.

Abbey Road Studios’ mastering engineer Christian Wright said: “As vinyl continues its massive resurgence in the era of streaming, live-to-vinyl celebrates the format by capturing a unique and authentic moment for fans to enjoy.”

Hear the new single below or head here to follow Masters of Potential.