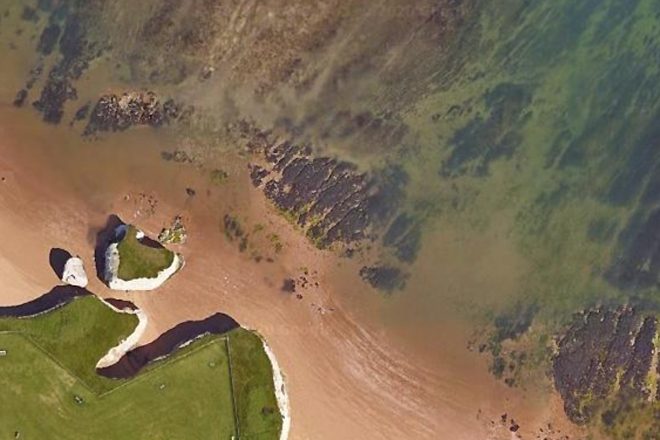 Residents who live near a beach in Kent have blamed Dominic Cummings for the fact that thousands of people visited the destination over the Bank Holiday weekend, with some staying to take part in a rave on Sunday night.

Botany Bay, popular with day trippers from the local area as well as London, has seen a huge uptake in visitors over the last week as lockdown measures in England have been eased and temperatures have risen to 26c.

Locals say that the beach was "as busy as Notting Hill Carnival" and that visitors were ignoring social distancing guidelines because of the example set by Special Advisor Dominic Cummings, who made headlines this weekend when news broke that he had ignored lockdown rules and travelled 260 miles across the country to seek childcare back in April.

Read this next: The world's first drive-in festival is taking place

Local resident Alan Munns told the Guardian that a "little rave" was held on Botany Bay on Sunday night with 40 people in attendance and half a dozen staying on the beach over night.

Barry Manners, from the group Friends of Botany Bay and Kingsgate, told the paper that "they bring down a soundsystem and light a fire. Normally when this happens what people are concerned about is the volume of music at 1am but now there’s the added thing of social distancing, and this Dominic Cummings thing. We have tens of thousands of people totally ignoring it and disrupting a lot of people in the process.”

“Here, lockdown is over,” he also said.

Read this next: A social distancing club night has been held in Germany

The latest lockdown guidelines for England state that people can travel to the beach or outdoor spaces to exercise or sunbathe with members of the same family. Social distancing must be adhered to.

However Botany Bay, which is one of seven picturesque bays in the Broadstairs area of Kent, and surrounding beaches have been swamped with visitors, leading to reports that the beaches were left covered in litter, urine and excrement.