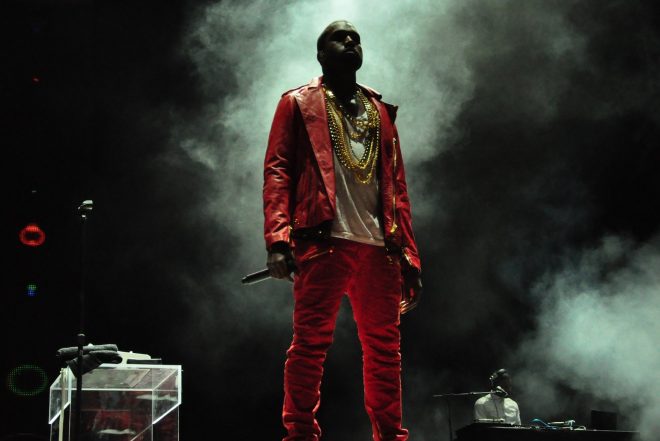 Kanye West has begun the rollout of a new album, 'Donda' with a series of listening parties, and a new Beats by Dre commercial featuring runner Sha’Carri Richardson.

‘Donda’ is set to arrive this Friday, with a listening party at the Mercedes Benz Stadium in Atlanta on Thursday. A private listening party was thrown on Sunday in Las Vegas, Justin Laboy spoke about hearing the album, saying:

Read this next: Kanye West is now worth $1.3BN

“The production is light years ahead of its time, and the bars sound like he’s broke & hungry trying to get signed again. Any artist who plans on dropping soon should just push it back”

A new Beats commercial also features new music from the rapper - with text confirming the album’s release date on Friday and the listening party on Thursday.

West has returned to Instagram, posting pictures of chains with his children’s names on them, as well as designer clothing.

A partial tracklist has also been released for the record on Instagram, with Kanye posting a photo of him infront of the tracklist yesterday. 'We Made It', 'Moon', 'Donda' and a host of other track titles are making up the list. At least 15 tracks will feature according to this tracklisting.

Read this next: Kanye West raised $1 Million for DMX's family

'Donda' was initially announced last year, but the album never saw release. ‘Wash Us In The Blood’ was set to be the lead single from the project, which was formerly named ‘God’s Country'.

Watch the Beats commercial, and find Kanye’s Instagram posts below.