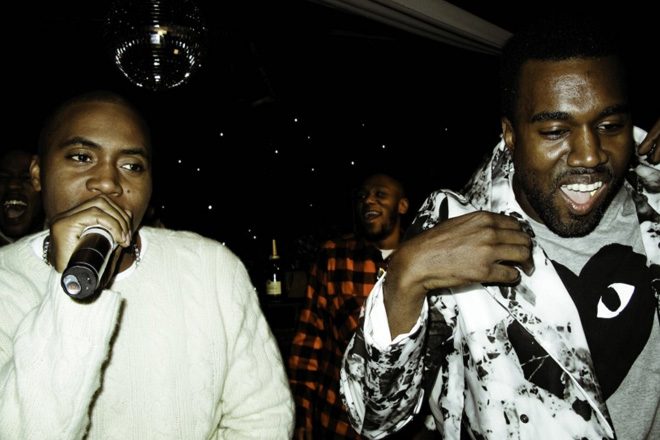 In between debuting designs for his fashion label and professing his love for Tesla CEO Elon Musk, Kanye West has revealed just how much new music is in the pipeline.

The rapper announced he’s currently working on five albums, including the latest release for fellow rapper Nas. The album will be Nas’ first full-length release since 2012’s 'Life Is Good'.

The two have a long history of working together and most recently appeared in the video for the French Montana track 'Figure It Out'.

Over the last week, Kanye’s been announcing an ever-growing list of albums he’s had a hand in.

I'm hand producing all the albums I tweeted about. Been chopping samples from the sunken place. Pusha May 25th My album June 1st me and Cudi June 8th and Teyana June 22nd and oh yeah...

As well as his own tracks and a collab with Kid Cudi, Yeezy revealed he’s also producing upcoming releases for Pusha T and Teyana Taylor.

“I'm hand producing all the albums I tweeted about,” Kanye announced on Twitter before listing his current work. He also said that he’s “been chopping samples from the sunken place.”

All the albums are set for release in June, except for Pusha T’s which is due on May 25.