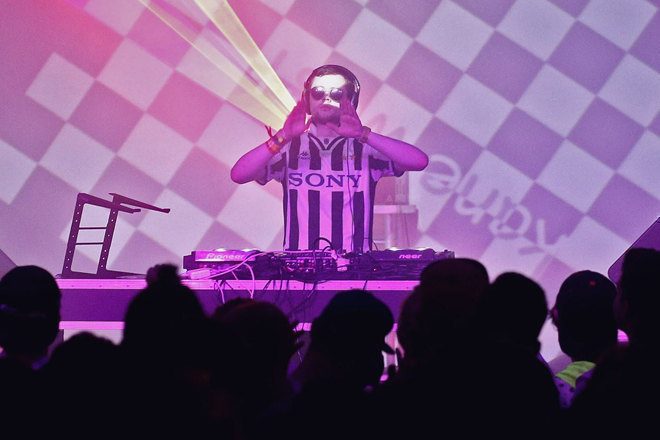 'Bizarre' could well be the word to sum up the music of Kane West, the PC Music associate.

No doubt you've all heard Tiga vs Audion's 'Let's Go Dancing', but have you heard West's remix? It's full of twangs, shrieking whistles and the occasional "NO!" when the title's vocal rings out. The disobedience in that almost resembles his attitude towards making music, in terms of his wacky, club-focused productions like 'Western Beats' and Turbo Recordings track 'Mexicans'.

The latter's joined by 'Don't Stop' and two others on an Turbo EP, out later this week. 'Don't Stop' will have you asking yourself where the hell this sits in dance music, but the concoction of clinking, crowd-like noise and bonkers pings sure make it a lot of fun.

The 'Expenses Paid' EP is out on August 14 via Turbo Recordings and the launch party takes place at Oslo, Hackney on August 13