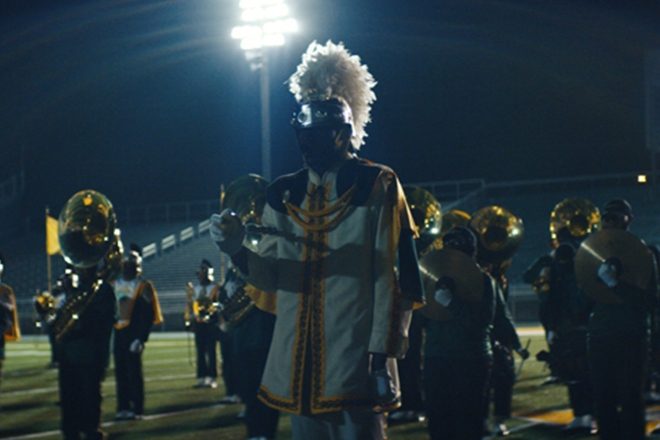 Having just grabbed a nomination for the Best Dance/Electronic Album category for the 2019 Grammy Awards, Justice has decided to celebrate with the release of a new music video for 'Heavy Metal' - a track taken off their nominated album, 'Woman Worldwide'.

Directed by Filip Nilsson, the dramatic music video focuses on Norfolk State University's Spartan Legion marching band - a team of 220 dancers and musicians that serve up a fantastic show of energetic choreography throughout the video.

"I came across a clip of this marching band from Norfolk in Virginia over a year ago," says Nilsson. "I immediately knew that these guys had something special and that wanted to make a music video with them one day. Months passed and then suddenly the 'Heavy Metal' track by Justice came my way. We contacted the the marching band leader, William Beathea, and it felt like we all knew at that point that we had to make this work. I wanted his marching band of 220 people to play the track as well as create a customized choreography. It was a very strong and emotional experience working with these musicians and dancers."

Check out the music video below.