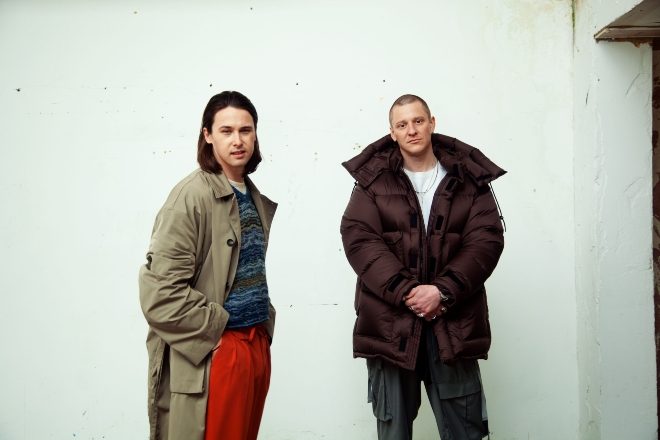 ‘Loving In Stereo’, Jungle’s highly anticipated third studio album is due for release on Friday, premiering as a livestream worldwide.

On August 13, the electronic duo hailing from London will follow their second album - ‘For Ever' - three years after its release.

The exclusive livestream set will begin at 9:PM BST and will see the duo, consisting of Tom McFarland and Josh Lloyd-Watson, come together to perform some tracks from the new record for the first time.

Read this next: Jungle (DJ set) in The Lab LDN Orbit Tower special

In partnership with music live streaming platform Veeps, Jungle’s live set will be held in the “virtual world”, previously preceded by their livestream performance of ‘Truth’.

The pair dropped four new tracks ahead of the album in the run-up to its release, including ‘Keep Moving’, and are now sharing a track featuring Swiss-Tamil rooted Priya Ragu titled ‘Goodbye My Love’.

Speaking to Mixmag about the forthcoming record, Tom McFarland said, “Our third LP feels like our most energetic and free. Soul plays a huge part in all music really, especially if those songs have come from the heart. But we have always been inspired by everything we hear.”

McFarland credited Daft Punk, The Chemical Brothers, and Groove Armada as early influences for the pair’s production, which takes shape as a new and inviting soulful sound while still keeping in line with their electronic familiarity.

Read this next: Jungle: "Sampling brings more warmth and depth than digital music can offer"

“I think we saw a lot of ourselves in the production duos that inspired us at that time. The idea of being the creators of a whole world that we could escape into became a real driving force,” McFarland continued.

Pre-order ‘Loving In Stereo’ here, and grab your tickets to watch Jungle’s live performance on Friday.