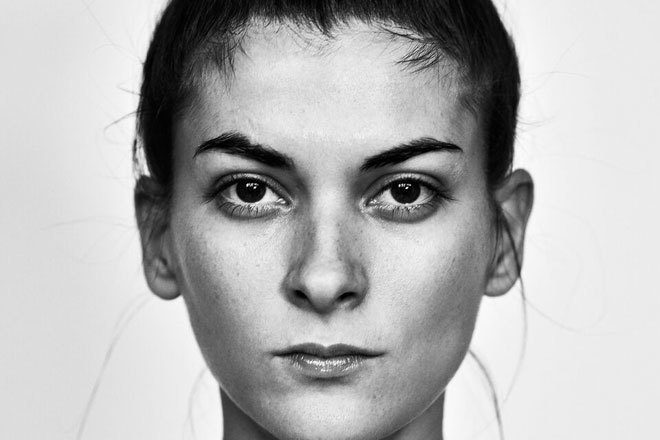 We're really fucking excited about 2016. There are a wealth of new artists ready to break the mould and enrich the scene and one of our biggest tips for the year is Russian-born, New York-residing Julia Govor.

She featured in our 16 artists for 2016 piece and was also chosen as one of our eight US artists to watch last week. Basically, we rate her so much that both our UK and US offices wanted to give her props.

Her Lab LA set perfectly demonstrated her technically-proficient mixing ability and intelligent track selection, as she blended oscillating techno cuts with mind-bending acid and everything in-between.

As we chatted with her recently, it was instantly noticeable the passion that Govor holds for what she does. Bursting with excitement and enthusiasm, her hunger to produce music and play to people is infectious and her latest release is one that should propel her to the dizzy heights she's been close to for some time.

The 'Open Possibility' EP is Govor's most accomplished work yet and brings forward a refined sound to the Body Parts imprint. It's soulful, brooding techno that works both in the club and on the stereo.

Kamran Sadeghi has offered up a stellar edit of the track, one that turns the original into a growling roller, perfect for the 5am slot where you need something to startle your crowd but perhaps the most exciting thing about the record is the other accompanying remixer.

Ricardo Villalobos knows how to work a club and his extended remixes are always an intricate journey into the warped, yet brilliant mind of the Chilean producer. We caught his six-hour set at Fabric last weekend and he showcased choppy mixes, unexpected tangents and meandering melodies, once again proving why he's been so popular for nearly two decades.

His 15 minute edit is another club-ready odyssey, one that to the untrained ear would probably confuse and perplex but on the Room 1 system in Fabric, would dazzle and transport with its alien-gurgles, delicate hi-hats and mutating groove. It's not the most conventional piece of music but with Ricardo it was never going to be and that's exactly its charm.