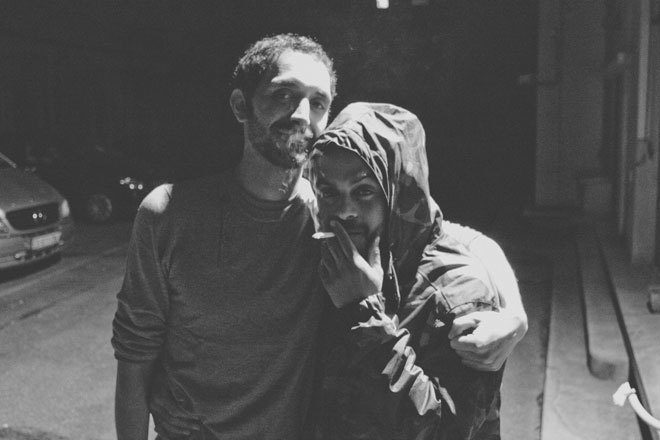 Spencer Parker is one of our favourite selectors. His sets are always brimming with energy and his track selection is second-to-none. He's not only a stellar DJ and producer though, the curation on his label Work Them Records is always pretty damn incredible.

The imprint has released records from the likes of Radio Slave, Dana Ruh, Pittsburgh Transit Authority, Young Male and of course Parker himself. If it's top notch house and techno you want, Work Them will put you through your paces.

Last year the label released 'The Dredge' EP from CAIAZZO and to start 2016, we've been offered up a new set of remixes. Spencer Parker turns in two incredible edits, and Christopher Joseph does the business as well but today we concentrate on two of Paris' leading talents.

Concrete is fast-becoming one of the most-hyped up and talked about clubs in the world and it's hardly surprising. The club is situated on a boat in Paris and the programming always features the most on-point DJs around. However, more recently, the club's residents, Behzad & Amarou have been building a name for themselves internationally.

The pair's edit of 'Dredge' showcases a demonic yet intricate techno sound, one that plunders you down to the depths with dreamscape synths, mechanical whirrings and other-worldly sounds. It's aimed at the floor and you can imagine it being a part of the duo's already side-winding sets. Check this.