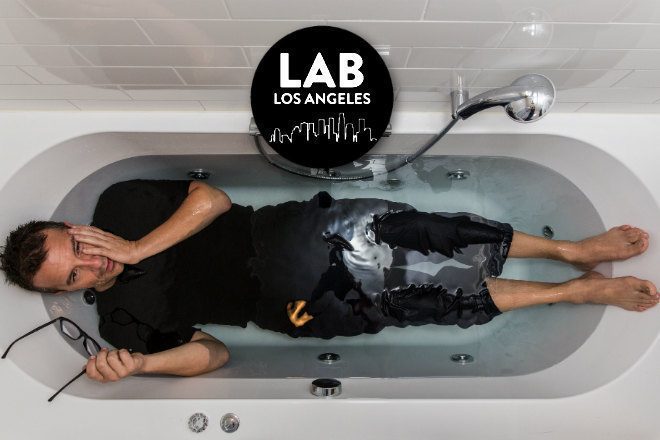 The Lab Los Angeles is Mixmag and Smirnoff Sound Collective's weekly post-work unwind where we stream only the finest American and international DJs, live and direct from our Downtown LA office. Friday, techno-legend and dance music icon John Acquaviva joins us in The Lab LA.

Italian-born, Canadian-raised Acquaviva has continued to grow his outstanding career for almost four decades. Thanks to his technical and taste-making abilities and his progressive mentality, John has made a name for himself as the prolific and masterful producer and businessman we know today.

In 1990 he founded Plus8 records with none other than Richie Hawtin, which saw their own initial releases, along with music from Kenny Larkin and other Detroit-techno artists. By 1993, he and Richie founded their influential tech-house driven imprint, Definitive Recordings, which Acquaviva still heads today. Following their success as A&R masters, these two would go on to aid in the invention of Final Scratch. With his veteran knowledge of electronic music, John Acquaviva has continued to imprint upon modern day dance music as one of the original founders of today's Beatport.com.

On opening duties we have California native, Berlin local, and Myth Music label founder Lando. Lando is known for his hypnotizing, primitive house and techno rhythms and machine-made funk. His carefully selected DJ-sets are always a direct representation of his own unique sound. Listen to Lando here.

Fresh off of BPM 2016 and on his way to the National Association of Music Merchants convention, it's a true honor that John will stopping by to throw down in The Lab LA.

The Lab LA is strongly powered by Void Acoustics. Watch John Acquaviva in The Lab LA below or via MixmagTV.