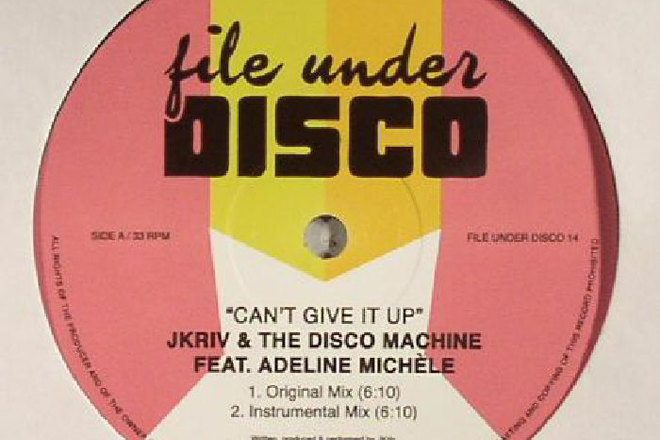 Dicky Trisco fires off his remix treatment of ‘Can’t Give It Up’ with a minimal intro, leaving plenty of space before the vocals comes in.

It’s quickly followed by the introduction of a Chic-esque guitar, but it’s nearly a full four minutes until the track really lets loose, building to a symphony of Philly-style strings, choppy keys and a serious vocal arrangement of Adeline Michelle.

Just about everything in this mix screams ‘disco’, and it’s a more than decent addition to anyone’s boogie bag.