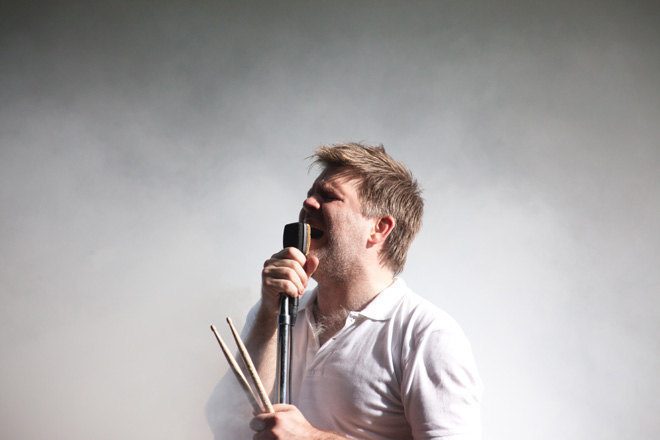 James Murphy of LCD Soundsystem is opening his new cafe, Daymoves, this Thursday in Brooklyn. The club section, Nightmoves, is set to open at a later date.

The space is located next to Murphy’s established restaurant and wine bar, The Four Horsemen. It has been transformed from an old speakeasy bar to a 70s/80s artist loft vibe. There is a DJ booth, equipped with a Technics SL1200 setup that will be used to play vinyl from Murphy’s personal record collection via a sound system designed by Murphy, powered by McIntosh MC2500 amplifiers.

With regards to the sound, Murphy told Grub Street about the unique design of the system: “Usually, because amplifiers are quite expensive, you wind up with things that are just, almost enough to do the job and they’re strained." But at Daymoves, “there’s no strain. They’re really open and easy sounding.”

Keeping in line with Murphy's ethos, the space won't be occupied by just anyone. Amanda Spina, the general manager, told Grub Street that “people have to be a little bit intentional about coming here” due to its inconspicuous entryway and lack of a street sign.

For now, pastries will be available from Bushwick’s L’imprimerie with a variety of coffee selections. Daymoves is open at 8am, 7 days/week.

James Murphy Boiler Room NYC DJ Set
LCD Soundsystem frontman admits break up was partly motivated by ticket sales
James Murphy: “I was nearly killed for playing The Stooges in a techno club”
Get the best of Mixmag direct to your Facebook DMs