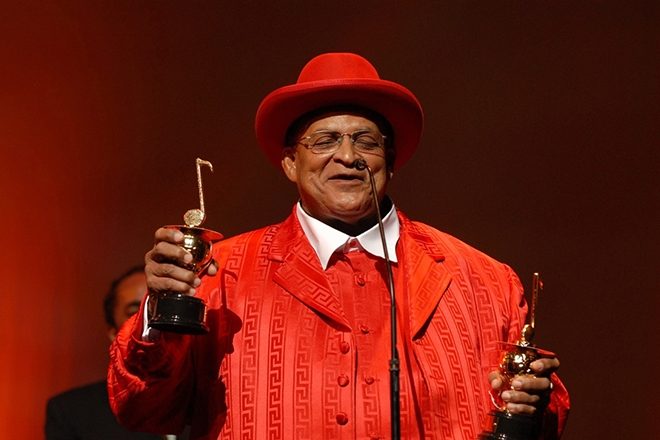 Dancehall Mag reports he suffered “heart failure” at an undisclosed hospital in the Corporate Area.

Speaking to Dancehall Mag, Annette Wong-Lee, mother to four of Bunny Lee’s children, said: “The doctors said it was a respiratory failure, like a heart failure. He had gone to change his catheter at the hospital, he had a full time nurse with him, his son, Edward Junior had gone to buy food.When Edward Jr. called the nurse to check on him, she was crying, he asked her what happened, she said ‘personal problem’ and then the doctor called him to say he should ‘come now’, so immediately he knew something was wrong”

Jamaican broadcaster Clinton Lindsay said Lee had been “battling kidney problems for the past few months” when announcing his passing.

Born in Kingston in 1941, Lee first began working in the music industry as a record plugger for Duke Reid’s Treasure Isle label in 1962.

After moving into record producing, he grew into a hugely influential figure in Jamaican music and its worldwide proliferation. After setting up his Lee’s label in the mid-1960s he helped bring music by John Holt, Slim Smith, Delroy Wilson, Peter Tosh and Horace Andy to the world, spreading the sound to the UK by licensing the music to labels such as Island Records and Trojan Records.

As a friend and collaborator of King Tubby, he also helped pioneer dub music, utilising his skill as an electrical engineer and studio effects.

In 2008 Lee was awarded the Order of Distinction by the Jamaican government for his contribution to the country’s music.

A number of prominent artists and labels have paid tribute to Bunny Lee.

David Rodigan wrote on Twitter: “The Reggae world has lost another iconic figure; Bunny ‘Striker’ Lee was unquestionably one of the most charismatic and inspirational record producers in Jamaican music with a phenomenal catalogue of hits. He drove the music forward across the decades & will be sorely missed.”

Trojan Records wrote on Twitter: “Jamaican music giant, Bunny Lee, has very sadly passed away. Bunny was massively influential in shaping Jamaican music, starting as a record plugger in the 60’s, then, as a pioneering producer, from the rock steady era through to the dancehall years of the 1980’s.”

Pressure Sounds wrote on Twitter: “Very sad news for everyone at Pressure Sounds, Bunny Lee sadly passed away yesterday. A huge character and creative force in the business. He will be missed. RIP Mr Lee.”