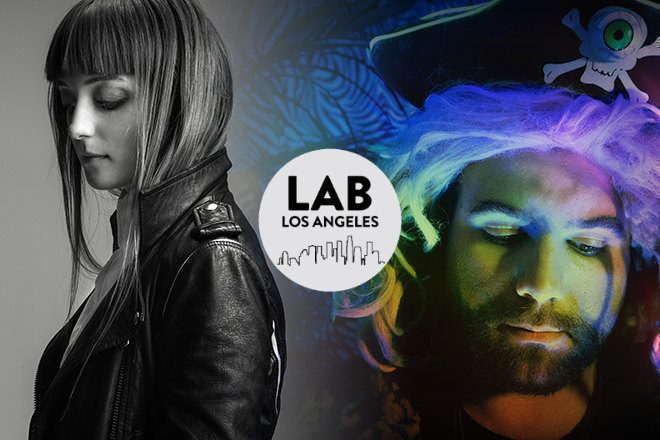 The Lab Los Angeles is Mixmag and Smirnoff Sound Collective's weekly post-work unwind where we stream only the finest American and international DJs, live and direct from our Downtown LA office. This Friday, J.Phlip and Dink are joining us in The Lab LA.

J.Phlip, short for Jessica Phillippe, dove into music after completing a degree in Engineering and never looked back. After cutting her teeth in Chicago and later in San Francisco, she linked up with the Dirtybird crew as an outstanding addition. Her productions are as bouncy as they are grinding and have caught the attention of Skream, Tiga, Dave Clarke and more.


Like J.Phlip, Dink's career began after the simple action of receiving Ableton in 2006. Integrating his history as a percussionist, Dink channels rhythmic, beat-driven tones into his unique productions and performs with an infectious and radiating positivity that can't be ignored.

After The Lab, catch J.Phlip at Exchange LA alongside Kill Frenzy, Ardalan and Christian Martin for Dirtybird Players. Find more info and tickets to the show here.

On opening duties, we welcome the Los Angeles-based Lubelski, a young producer who has released his grooving originals on Nervous, Desert Hearts, Popgang and more.

The Lab LA is strongly powered by Void Acoustics. Subscribe to Mixmag TV and watch J.Phlip and Dink live on Mixmag's Facebook page below.