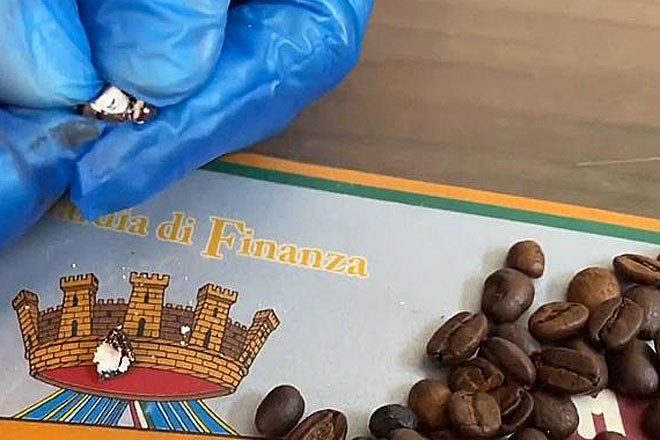 Italian police have found a shipment of coffee beans stuffed with cocaine.

A parcel containing 500 coffee beans was on its way to a tobacco shop in Florence via Milan's Malpensa airport.

Euronews reports that the package, sent from Medellin in Colombia, roused suspicions when handlers saw that it was addressed to Santino D'Antonio, the name of a mafia boss in the film John Wick.

Read this next: Freddie Mercury gave me my first line of cocaine

Police tracked the package and found that it was full of coffee beans that had been stuffed with 150g worth of cocaine and taped back up again. They arrested the 50-year-old man who came to collect it.

Not ones to overlook the ingenuity of the shipment, the police in charge of the sting named their operation 'Caffe Scoretto' – Improper Coffee in English – which is a pun on 'Caffe Corretto', which translates to corrected coffee and is the name of an espresso topped up with sambuca.