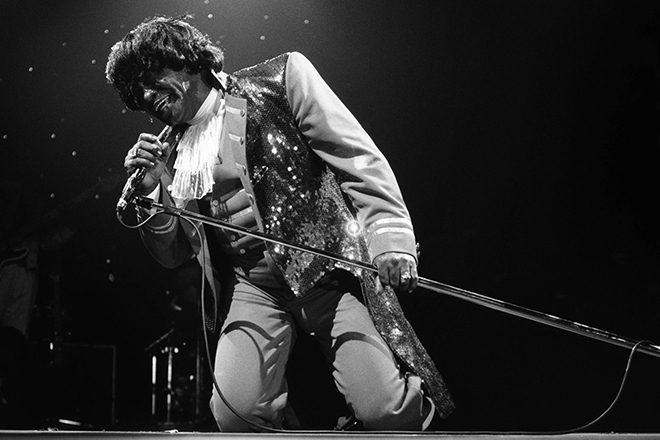 James Brown passed away on Christmas Day, 2006 at the age of 73. Brown's initial cause of death was listed as congestive heart failure, resulting from complications of pneumonia.

The investigation lead by CNN senior writer Thomas Lake first started when he received a phone call in 2017 from a woman who said she could prove that James Brown had been murdered. Looking into the passing of the late singer and his third wife Adrienne Brown, Lake started to find startling similarities between both of their deaths while collecting various pieces of evidence and testimony that raise many questions.

After a two-year probe into his cause his demise with nearly 140 people interviewed by CNN, many members of Brown's inner-circle have come forward with their suspicions. At least 13 people who knew James Brown are calling for a criminal investigation and autopsy.

Those raising these questions include Brown's fourth and final wife Tomirae Brown, a friend who continues to hold onto a vial of the Godfather of Soul's blood, thinking that one day it may reveal the truth and last but not least, the doctor who pronounced him dead, Dr. Marvin Crawford.

Brown's condition "changed too fast,” Crawford told CNN. “He was a patient I would never have predicted would have coded (medical jargon for cardiopulmonary arrest). But he died that night, and I did raise that question: What went wrong in that room?”

Further confusing things is the fact that Yamma Brown, daughter of James Brown, declined an autopsy request directly after her father's passing. While many are calling on authorities to exhume Brown’s body for an autopsy, Brown's other daughter, Deanna Brown Thomas, has refused to confirm whether or not her father's remains still rest in the family crypt that sits on her yard.

Examining tens of thousands of pages of documents, text messages, court records and police reports, Lake's investigation leads to new forensic testing, shocking testimony and unearthed evidence that is as questionable as it is damming. All in all, it's one hell of a read.