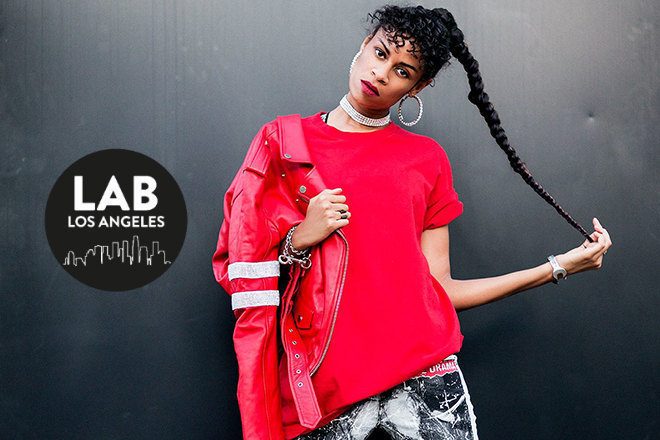 The Lab Los Angeles is Mixmag and Smirnoff Sound Collective's weekly post-work unwind where we stream only the finest American and international DJs, live and direct from our Downtown LA office. On Tuesday March 7, in preparation for International Women's Day, which celebrates the social, economic, cultural and political achievements of women every year, AlunaGeorge joins us in The Lab LA.

London duo AlunaGeorge is made up of front woman Aluna Francis and producer George Reid. Since coming together in 2009, the two have become one of the most coveted crossover acts of modern electronic music. Their most recent full-length album 'I Remember' is a smash follow-up to hits off their 'Body Music' release in 2013.

Nomi Ruiz joins The Lab LA on opening duties on Tuesday as not only a member of the Smirnoff Sound Collective initiative, but also as a talented disco and hip-hop influenced singer and producer. Learn more about Nomi here.

The Lab LA is strongly powered by Void Acoustics. Subscribe to Mixmag TV and watch AlunaGeorge in The Lab LA on Tuesday starting at 8PM PST.