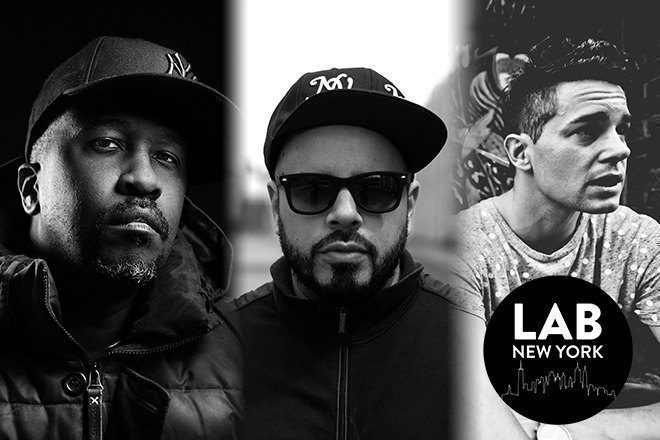 The Lab New York is Mixmag and Smirnoff Sound Collective's weekly afterwork party where we stream the best American and international DJs from the intimate space connected to our Brooklyn office. This Friday we're bringing an InHouse Records takeover with Todd Terry, Alexander Technique and Ant LaRock.

The Grammy nominated Todd Terry has recently launched InHouse Radio, a monthly radio output that will feature the handpicked house must-hears from Todd himself. The Brooklyn native launched InHouse Records in 1999 and now returns to his stomping grounds to showcase what the label and the house music veteran has to offer.

Alexander Technique is a pioneer on many fronts: firstly, as the co-founder of Drop Ready Records, the brain behind the Brooklyn-based DJ's Are Not Rockstars label and as the first to truly coin the term "mash-up" in the early 2000s, thanks to his genre-bending mixing.


InHouse Records served as Ant LaRock's launch point in 2014 when the house up-and-comer came to be adopted under Todd Terry's wing. Since, he's become a consistent cornerstone to the New York house realm. Fresh off of the release of his 'Universal' EP, Ant arrives in The Lab to show off exactly what he's made of.

The Lab is strongly powered by Void Acoustics. Watch the InHouse Records takeover via MixmagTV from Saturday morning EST.