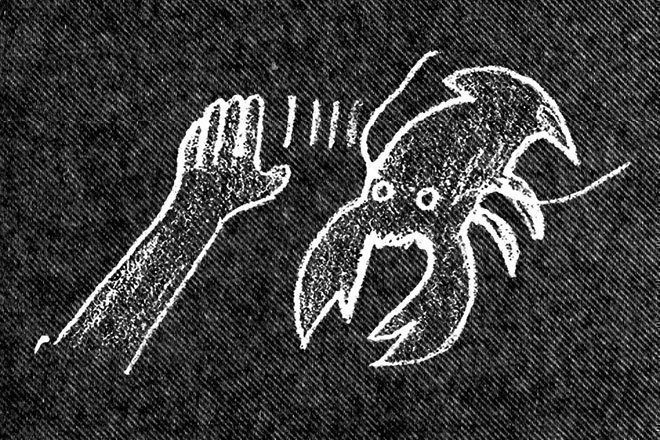 In a relatively short space of time, London-based imprint Lobster Theremin has become one of the most talked about record labels in the city. Helmed by Jimmy Asquith, the label has caught people's attention with a slew of releases that skirt the outer edge of house, techno and electro, often from little known artists.

"We essentially want to release inspiring and exciting electronic music from new producers who have been bubbling under the surface. Whether that means they're completely unknown or maybe I feel we can showcase them in a different way to bring them to a new audience, the quality and the personality of the music and person is what matters most," Asquith says.

The imprint kicked things off back in October 2013 with the stunning 'Equation' EP by Palms Trax, an artist who has also rose to prominence over the last 12 months and these moves are typified by his inclusion in this year's RBMA in Tokyo. From then on it's just been a case of rolling out solid EP after solid EP and 2014 has marked a very strong year for the label.

There have been fiery releases from the likes of Rawaat, Manse, Daze and Panthera Krause, with the latter switching things up for a decidedly light and bouncy house EP. All bases are suitably covered. Dusty, analogue techno, Detroit-styled electro, old-skool rave and luscious, warm house are all sounds that have been brought to the table.

Starting a record label in the modern era is something that's become common place for artists and producers but Asquith is unfazed by his competitors and believes that the method is just as important as the music: "For those who give a fuck and go all-out, it really shines through and the more you energy you put into the label, whether it's obsessing and developing artwork details or packing boxes or mailing fans and artists, it really does show and pays off."

The visual aesthetic also sets the label aside from the rest with unique designs and beautifully pressed vinyl being something that comes as standard. That coupled with an attitude towards releasing that's all about the music as opposed to the 'hype' or 'buzz' surrounding an artist is what has seen it fly so far in the last 12 months.

The label boss has put together an hour long mix of pure Lobster fire consisting of tracks that are yet to drop and some of the best that have come out so far. Get ready for 100% Lobster Theremin.