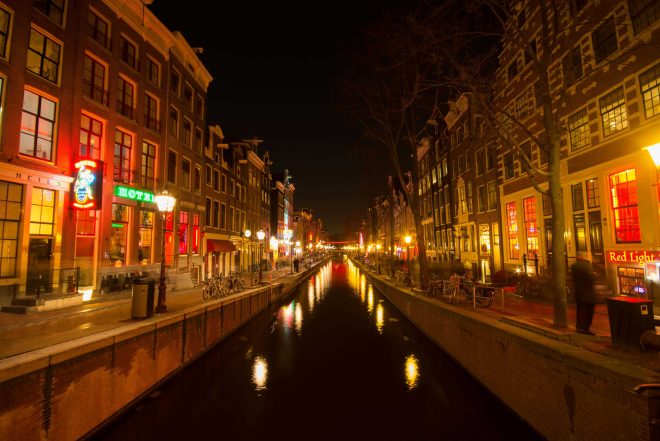 Over the weekend, police in Amsterdam shut down an illegal rave where almost 300 people reportedly partied in an under-construction police station unit.

When police were informed of a party happening in the district of Zeeburg on Friday night, officers made their way to the area to find people climbing over the fences and inside the incomplete police station.

Read this next: A new electronic music museum is opening in Amsterdam

“The building was practically full,” said a police spokesperson. Officers arrives at 1:AM on Saturday morning and reported that around 300 people had attended the illegal rave.

Two young organisers were arrested, one 19-year-old and one 20-year-old. Police also seized all soundsystems in place that were used for the party.

According to the same police spokesperson, partygoers caused a considerable amount of damage leaving litter behind, and cutting holes in the fences surrounding the in-construction building.

“You can tell that the citizens are fed up,” he added, saying that his “colleagues were busy” that evening shutting down the event, and others in the area.

Current restrictions in the Netherlands are some of the tightest since the start of the pandemic as the country imposed a three week lockdown in late November, and continued to extend it into the New Year.

While the country has been in partial lockdown for almost two months, clubbing is also off the cards in a mission to slow the spread of the Omicron variant.

Following this, a rise in illegal parties across the country has been noticed by police officials, who also shut down a rave with a reported 150 - 200 people in Korte Papaverweg, Amsterdam, on the same night this weekend.