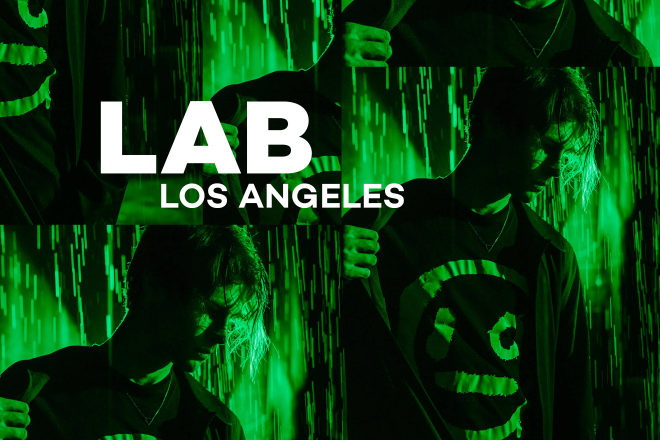 The Lab LA is BULLDOG Gin and Mixmag's weekly live stream and post-work unwind, where we showcase the finest DJs from a special LA location. On Friday, February 21, we have Mau5trap favourite, I_o, joining us.

I_o is a DJ and producer who has released music on a wealth of labels including mau5trap, 4AD, Anjunabeats, Bite This!, inHarmony Music, and Spinnin’ Deep. One of his most lauded releases arrived at the start of 2019 in the form of a Deadmau5 remix that was included on the mau5trap compilation 'We Are Friends Vol 8'.

As a graduate of the recording school ICON collective, and originally encompassed by the Washington DC underground, he holds a musical background touching on various influences. His sound leans towards harder hitting techno and acid and tends to push the vibe upwards with a focus on driving and rolling percussion. You can be sure that his set in the Lab LA is mixed with wide-ranging vocals and even catchier underlying melodies.

Right now, I_o is embarking on a three-part album project entitled '444' and the second installment, 'NRG 444' landed earlier in the month. The first part of the project was released towards the end of last year and 'ACID 444' included some of his best work to date. He's about to head out on his '444' tour in celebration of the project and we're thrilled he'll be joining us before it all kicks off. You can check out the 'NRG 444' EP here and tour dates here.

Watch I_o's set in The Lab LA live streamed to Facebook next week. The set will also be available on Mixmag's YouTube channel here.