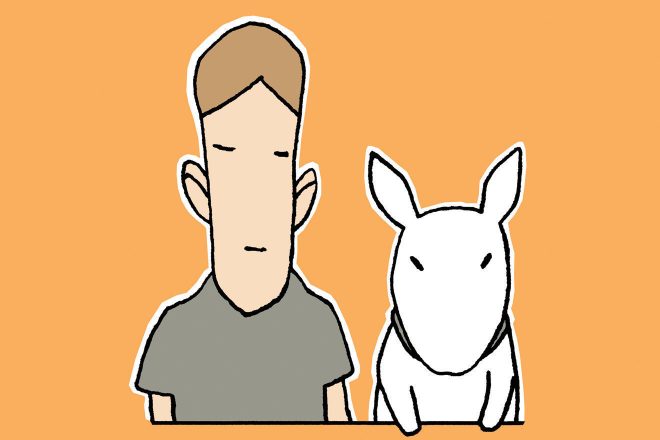 What inspired the track and how did you begin it?

The idea was to try and make music really fast, so fast there's no time to think about whether it's good or not. So you make a series of ideas, three a day, and then come back after two weeks and listen to them all and see if anything was good. It was a radical shift from having one idea and then spending three weeks developing it before deciding if it's any good or not! 'Sicko' was actually one of the earliest of these exercises.


What instruments were used and how was it finished?

The robot voice all the way through is a Roland TB-303 running through a modular format filter we made. If you set it in a really sweet spot with a TB-303 through it, it chatters like a robot. The drums are from the TR-707 and TR-606 drum machines. They're modified so that they do quite cool things - the TR-707 has got knobs for pitch-shifting sounds. The drums were synchronised with the TB-303 and all recorded in one go, but through separate inputs so they could be EQd and get their own reverbs. Then we added a sort of Steve Poindextery 'Computer Madness' riff, and a spacey voice that said "Communicate" each time the drums came back in. Those bits didn't work, so they got deleted eventually. The middle bit – the interlude – is a Juno 2 pad and a tiny bit of the Poindexter bleep put through an analogue delay. We built the delay from a kit, it makes things sound like R2-D2.


Any advice for producers wanting to play live?

Play to your strengths and think about what you'd want to see and hear if you were in the crowd. How can you communicate what it is that makes you who you are? For us, we think of 'live' as an extension of DJing. It's about presenting anything and everything we think is exciting or emotive. It's great to have the mash-up and looping techniques that come from the studio: layering acapellas, stealing beats from various records and making that part of your toolkit. Ableton Live is good for that. You can keep experimenting, so while you play, you're thinking, 'Oh maybe this Jimmy Edgar bassline will sound good under Ghostbusters with the hand-claps from Rick Astley'.


Rex The Dog's 'Sicko' EP is out now on Kompakt