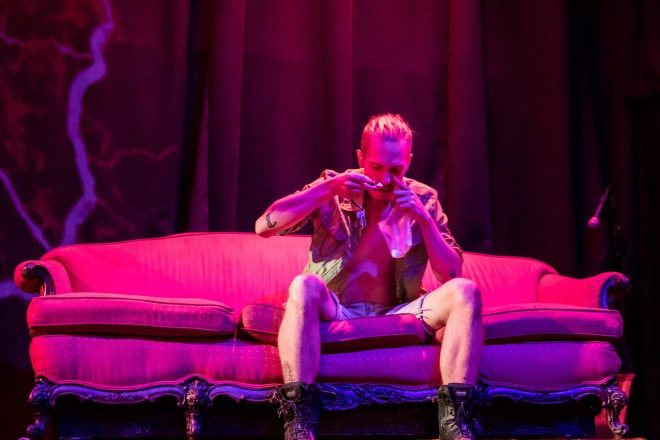 Fentanyl, a highly-concentrated synthetic opioid that can be 80-100 times stronger than morphine, has been increasingly cut into cocaine - without the knowledge of purchasers. As a result, numerous opioid overdoses have occurred with unsuspecting users in recent years.

In response to this epidemic, the Brooklyn venue House of Yes has started programming harm reduction training sessions around opioid overdoses, resulting from cocaine use. They will also be giving Naloxone kits (also known as “Narcan”) to participants of the program, along with a certificate of completion. Narcan is known as an “opioid antagonist”, which counters the depressive effects of opioids on the respiratory and central nervous systems, allowing normal breathing functions to resume after an overdose.

The House of Yes announced these training sessions in a post on their Facebook page earlier this week. “COCAINE. Let's talk about it. No shade, no shame, just information. Did you know that cocaine in NYC is sometimes contaminated with fentanyl? Fentanyl is a deadly opioid that is many times stronger than heroin. Many cocaine users unknowingly use contaminated cocaine, putting them at risk for overdose and death.”

In New York City during 2016, roughly 37% of all cocaine-related deaths involved fentanyl. Over the same year, Connecticut reported 143 deaths via overdose, where both cocaine and fentanyl were involved. According to the Insite Safe Injection Facility in Vancouver, 86% of all drugs tested during one month in 2016 contained fentanyl, including both powders and pills.


The House of Yes post went on to detail action items for cocaine users, to be proactive in their safety.

“1) Never use cocaine alone. Always make sure you have a friend with you, so that someone can get help if you accidentally use fentanyl-laced cocaine.

2) Learn how to administer Naloxone, a life-saving medicine that can reverse the effects of opioid overdose, before they take hold of the body.”

Individuals interested in attending future harm reduction training sessions with the House of Yes can sign up here.

Be safe out there.